Do you know the immigration story of one or more female ancestors? Do you have any passenger lists, passports, or other documentation? Interesting family stories? 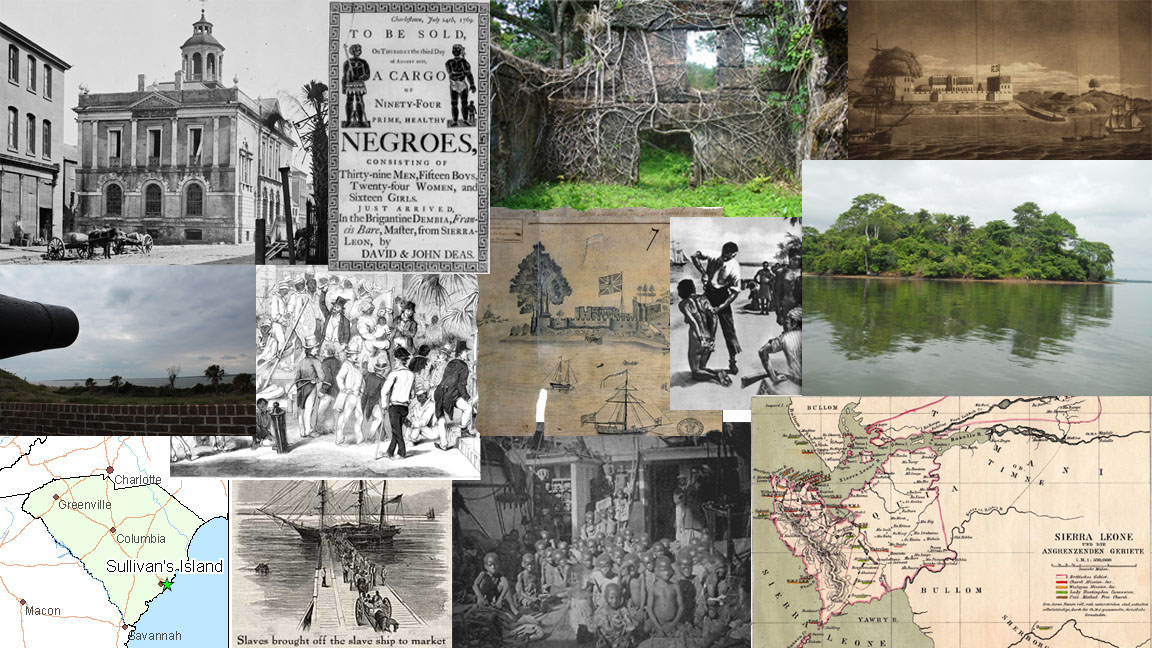 I don’t have any immigration stories, passenger lists, passports or even the names of the women who came to the United States, probably in the 18th century, against their will from Africa.  Until I took an mtdna test several years ago and persuaded my father’s sister to do the same I didn’t know what part of Africa they were from. We have no oral history of the Middle Passage.

In 2008 my sister received a free mtdna testing kit from African Ancestry.  Since she wasn’t interested, she passed it on to me. The results came back L3e for the haplogroup and they said I shared dna with the Mende people of Sierra Leone.

Later I decided to test again with Family Tree and my father’s sister also tested. My results came back L3e3*.  My aunts came back L3e2*. They said her results were the same as a broad area of Sub-Sarahan Bantu speaking groups.

In 2011 23andMe had a free offer to entice more African Americans to test and I took it. The results came back L3e3b.  Neither of these testers were so specific with a group as African Ancestry was.  They were more general, saying that L3e3b is one of the Sub-Saharan groups. One said they had matches from both Sierra Leone and Ethiopia. One map I found shows the group originating around Ethiopia and migrating out towards West Africa.

Reading online I found that most African Americans in the United States left from a fort on  Bunce Island in Sierra Leone. The photos on the left of the the montage show the fort back when it was being used and then the overgrown, green island and fort as they are today. 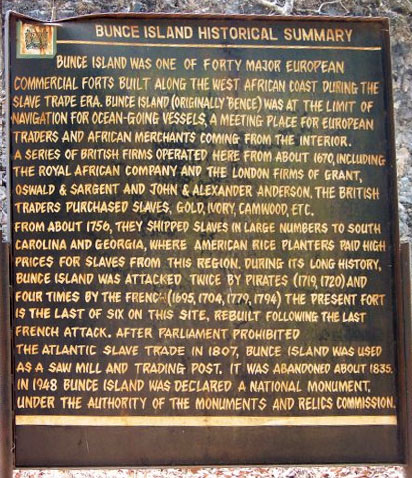 I also found that most slave ships coming into the United States docked on Sullivan’s Island outside of Charleston, South Carolina.  The people were sold at auction on the north side of the Exchange building in Charleston, shown on the far left side of the photo. Other photos include maps of Sierra Leone and Charleston/Sullivan’s Island, an actual photograph taken in the 1800’s aboard a slave ship, and an old drawing of the auctioning off of slaves.

In 1974-1975 my family and I lived in Mt. Pleasant, right outside of Charleston.  My husband was working for the Emergency Land Fund trying to help black farmers save their land. We often went swimming at the beach on Sullivan’s Island, without knowing that our African ancestors probably landed near there after crossing the Atlantic ocean during the 1700s.

When my oldest daughter was born in 1970 we decided to give her a family name and an African name. I picked a name out of a children’s story we had in the Black Conscience Library. The name was Jilo. We could never find out what kind of name Jilo was or what it meant. After I received the information that Eliza’s line went back to the Mende people of Sierra Leone, I found a list of names and found that the name Jilo comes from  Sierra Leone.

In the spring of 2013 my daughter Ife, her two children and I went to Sullivan’s Island, South Carolina, to see the place where the slave ships landed. 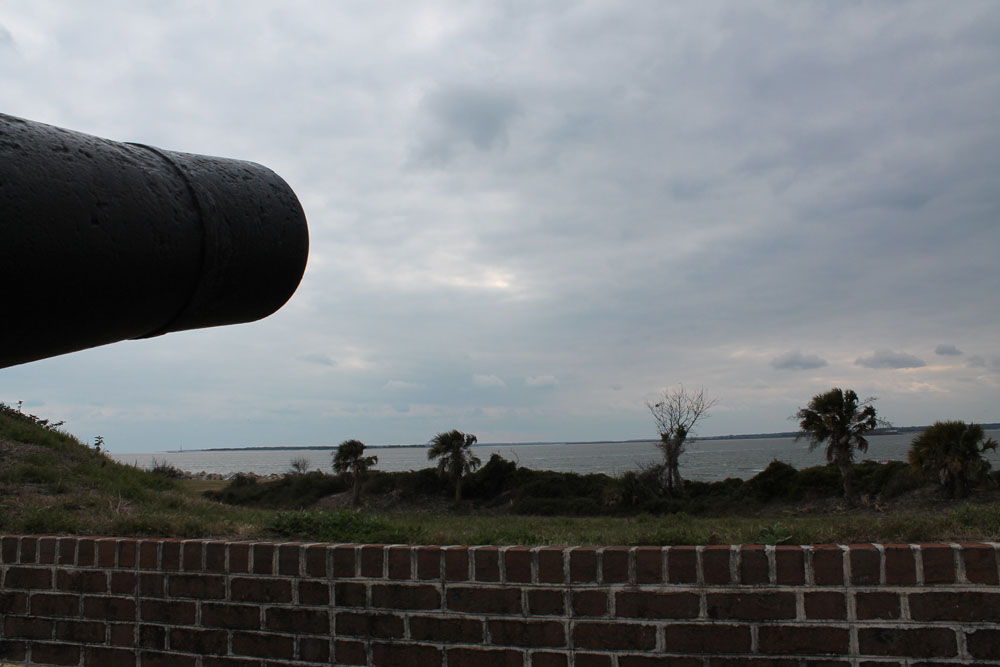 To see photos of my mtdna line click My Matrilineal Line and More.

What education did your mother receive? Your grandmothers? Great-grandmothers? Note any advanced degrees or special achievements.

On My Maternal Side
My 3X great grandmother, Annie Williams,  was born about 1820 in Virginia into slavery. According to the 1880 Census, when she was about 60, she spoke English and could not read or write.

Her daughter, my 2X great grandmother, Eliza Williams Allen, was born in Alabama about 1839 into slavery. She was freed by 1860. According to the 1910 census, she was about 67, spoke English and could not read or write

Her daughter, my great grandmother, Jennie Allen Turner was born free in Montgomery, Alabama in 1866. According to the 1880 Census, she was 13 years old, had attended school in the past year, spoke English and was literate.  I found one of my favorite books at her house “Lydia of the Pines.”

Her daughter, my Grandmother Fannie Mae Turner Graham, was born in 1888 in Lowndes County, Alabama. She grew up in Montgomery. According to the 1900 census, she was 11 years old, at school, spoke English and was literate. My mother told me that when Fannie graduated from high school – State Normal, was offered a scholarship to Fisk but refused it and took a job in her uncles store, which she managed until she married in 1918. Also according to my mother, Fannie could quickly add long columns of numbers in her head.

My mother , Doris Graham Cleage,  was born in Detroit in 1923. She graduated from Eastern High School in Detroit and received a full scholarship to Wayne State  where she earned a BA with distinction as a Sociology major in June/1944. She returned to school in 1951 and earned teaching certification. In 1958 she became a masters candidate in education, completing her Master’s of Education Degree in the fall of 1958.  She took postmasters classes in education during a sabbatical in 1963. She also took evening classes  in 1968, when I was a senior at Wayne State.

My great grandmother, Emma Jones Turner (My grandmother Fannie’s paternal grandmother) was born about 1840 in South Carolina into slavery.  According to the 1880, 1900 and 1910 census she spoke English and was literate. I wish I knew more about her. I never heard a story about her. After my grandmother’s father was killed when she was 4 years old, her mother broke all ties with her husband’s family.

On My Paternal Side

My great grandmother Celia Rice Cleage Sherman was my grandfather’s mother. She was born about 1855 into slavery in Virginia and brought to Tennessee as a child. She was about 10 when freedom came. In the 1880 census she could neither read nor write. By the 1930 census she spoke English and could read but could not write.  I wonder if my grandfather or his siblings taught her to read when they went to school.

My 2X great grandmother, Clara Green was born into slavery about 1829 in Kentucky. She was my grandmother Pearl Reed Cleage’s grandmother. In the 1880 census she was listed as about 55, spoke English and could not read or write.

Her daughter, my great grandmother Anna Allen Reed  was born  about 1849 in Kentucky into slavery.   According to the 1910 Census she spoke English but could not read or write. Anna’s four older children were illiterate while the four youngest were literate.

Her youngest daughter, my grandmother Pearl Reed Cleage was born in Lebanon, Kentucky in 1886. In the 1900 census she was 16 and where it says if you were or were not in school it says “Book 1” I don’t know what that means.  At any rate she was literate and spoke English. My Aunt Barbara told me she finished high school. I remember my grandparent’s house being full of books.