Thomas Ray Allen’s first wife Georgie Ann Martin/McDougal was about 1853 in Larue County Kentucky.  Her mother was Fannie McDougal and her father was Ephriam Martin. In the records her surname is given as “Martin” although Thomas uses “McDougal”.  She had a large number of siblings. One brother, Thomas McDougal, served in the United States Colored Troops, although in a different unit than Thomas Ray Allen.

In 1870 Georgie Ann was enumerated twice, once with her family in Larue County and then with her future husband Thomas in Marion County.  Thomas Ray Allen and Georgie Ann were living with his sister Sarah Ray Primus and her family.  Georgie’s occupation was given as “servant”. 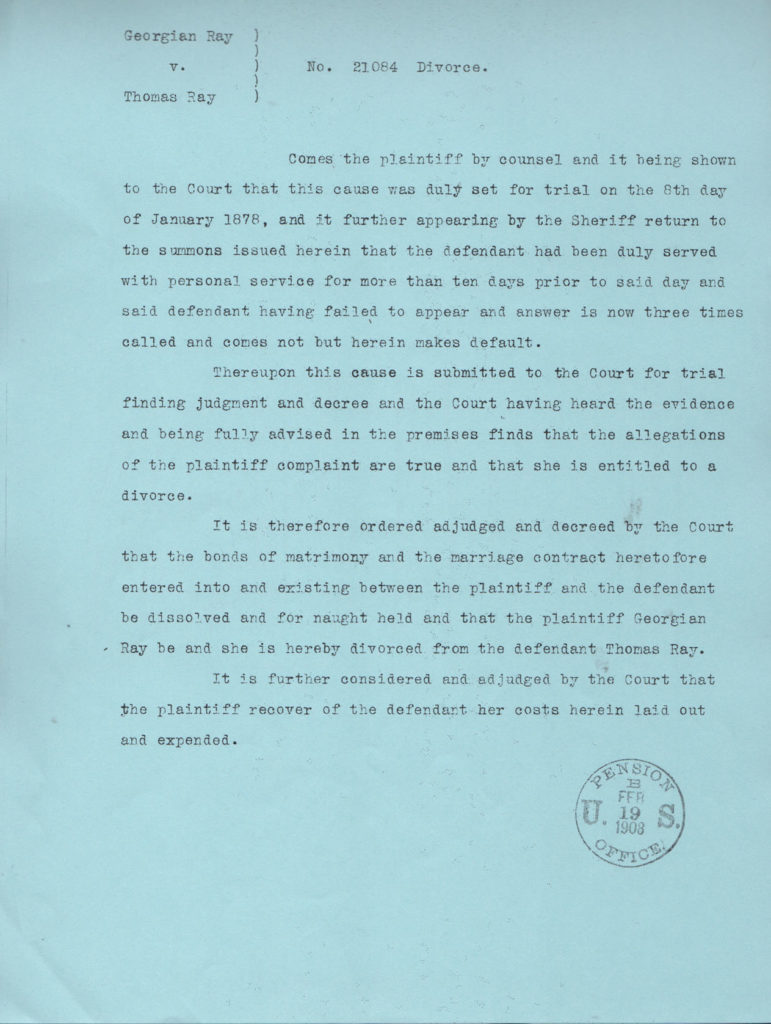 Thomas Ray Allen and Georgie were married on March 9, 1871 in Larue county. They moved to Indianapolis about 1877 and were divorced there in 1878.  I lost track of Georgie after that, finding her only once in the 1880 census. She was living in Indianapolis, divorced and doing washing. I found someone with the same name giving mandolin lessons and so wanted it to be her, but when I followed up that person in the census it was someone else.

I found this information in the Pension file and in census records.