This postcard was written during my grandfather’s summer working on the Steamer Eastern States.  Click on all images to enlarge.

What do you remember about the 15th of last month? 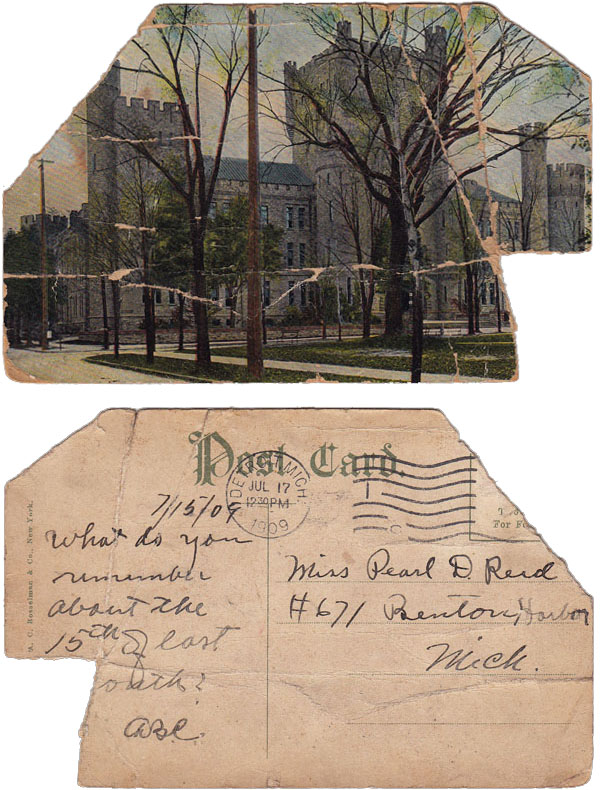 Unfortunately there was no card or letter written around June 15th so I had no idea what happened then.  But this was such an unsatisfactory post that I had to go back and try and solve the mystery.  This is what I found, looking at 2 postcards and a letter mailed on June 20 from Buffalo, although at least 1 was written on the 19th in Toledo. 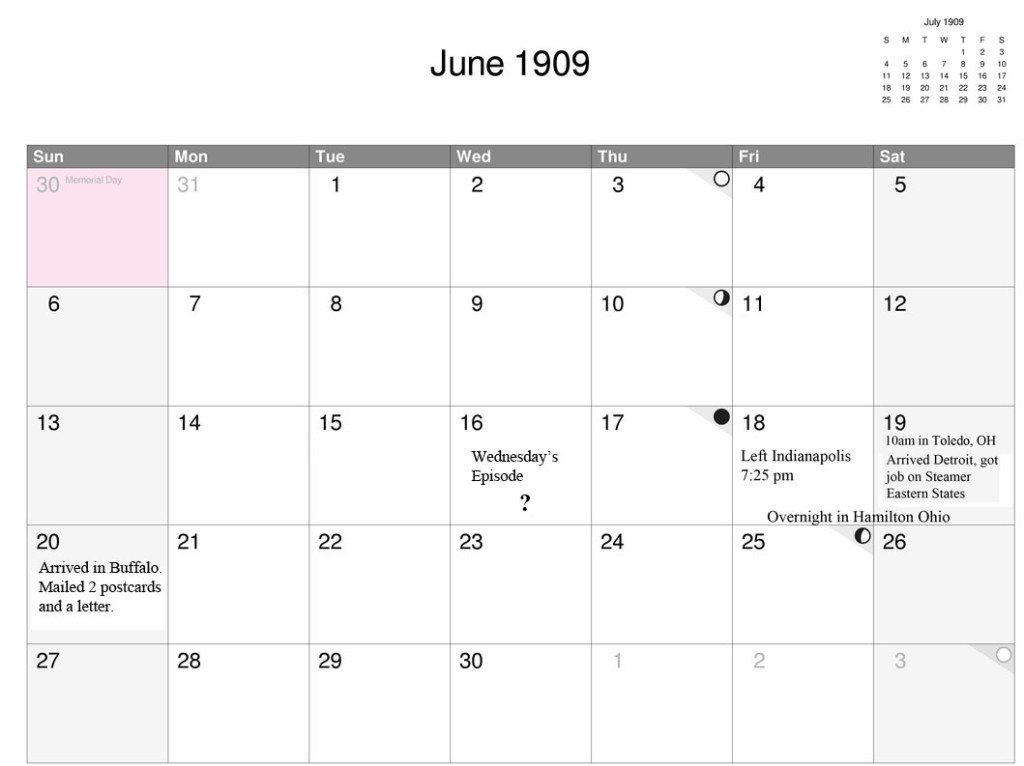 All of the letters were addressed to 311 W. Ray Street, Indianapolis, IN.  This was not where Pearl lived.  It was the address of her brother Hugh and his wife Blanche.  In several letters my grandfather asked Pearl to thank Blanche for the good feelings she had for their relationship.  I can only suppose that something happened as they were saying good-bye before the trip that angered her mother so much that she could not receive Albert’s letters at home.  The first postcard is the one with the cadavers. The second one can be found here D is for Detroit. 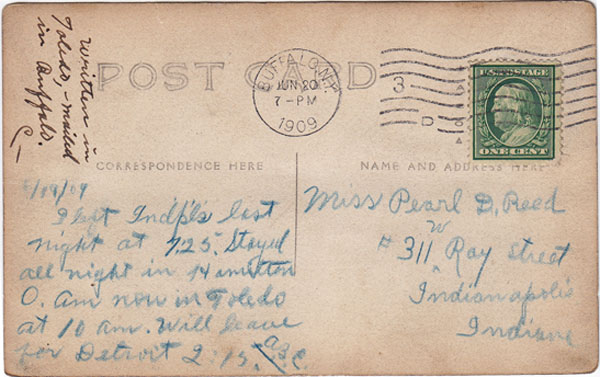 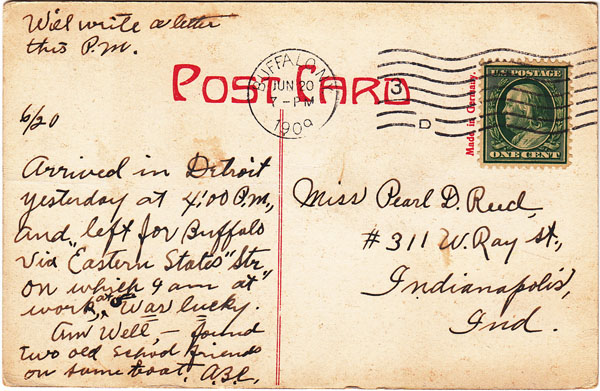 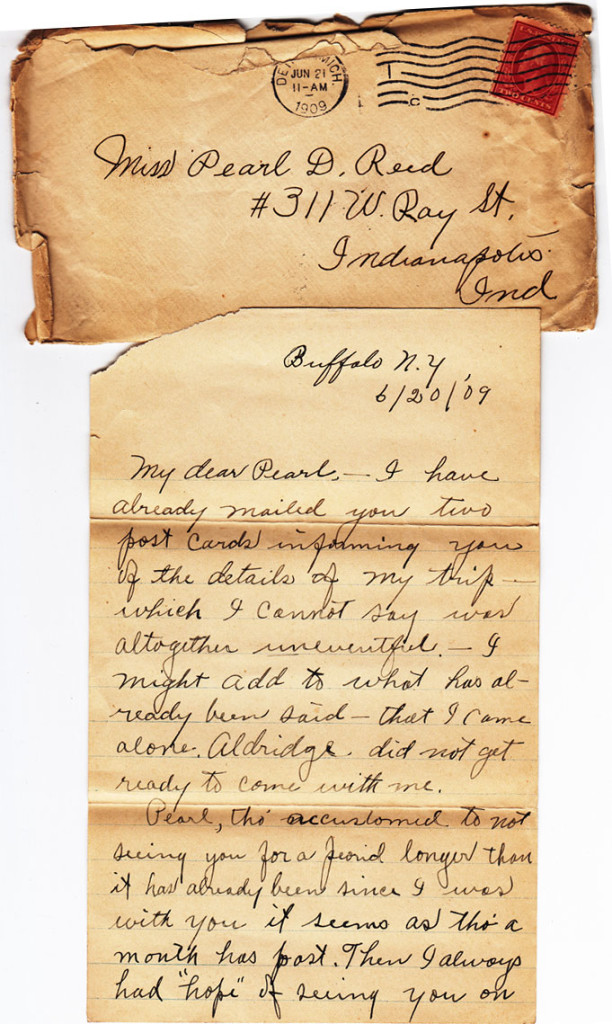 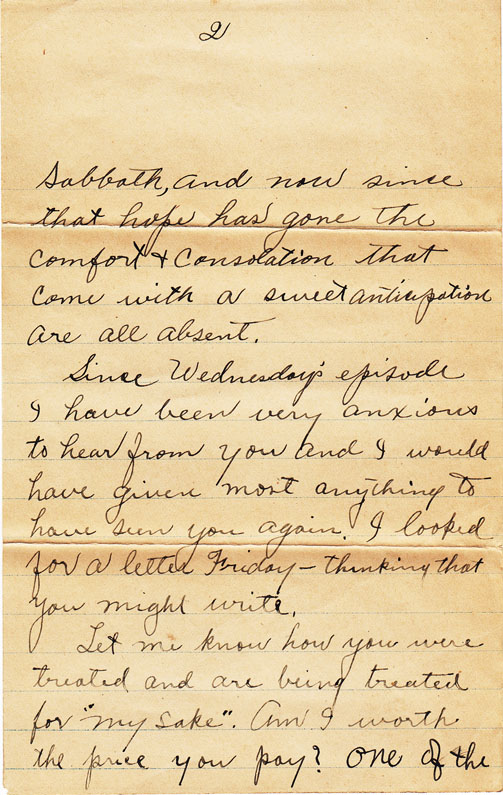 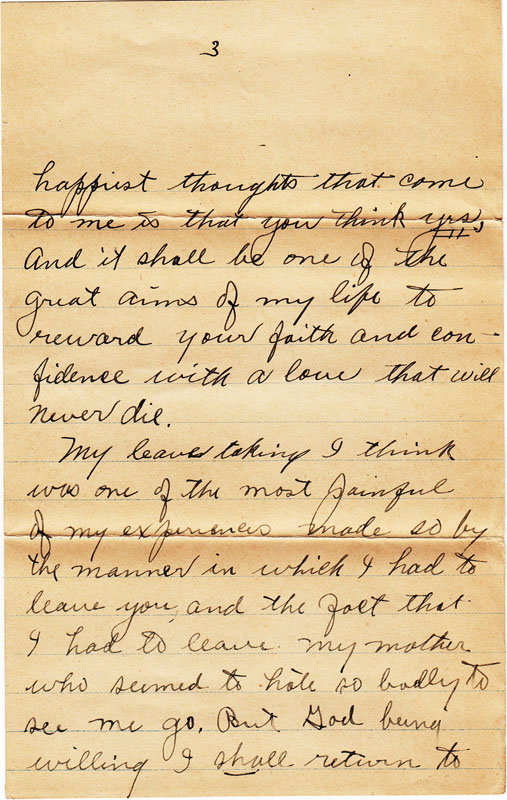 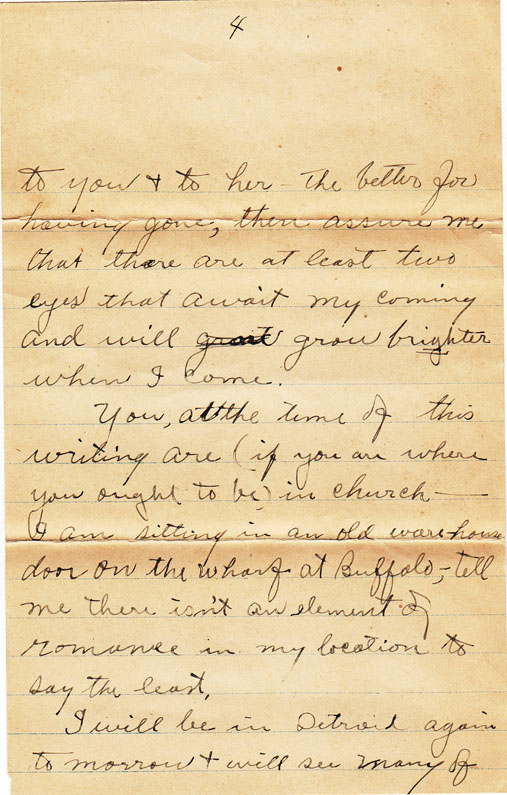 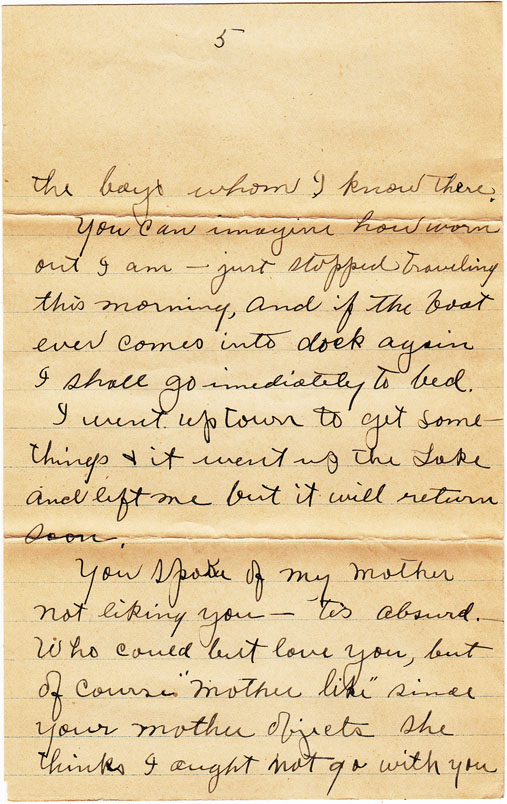 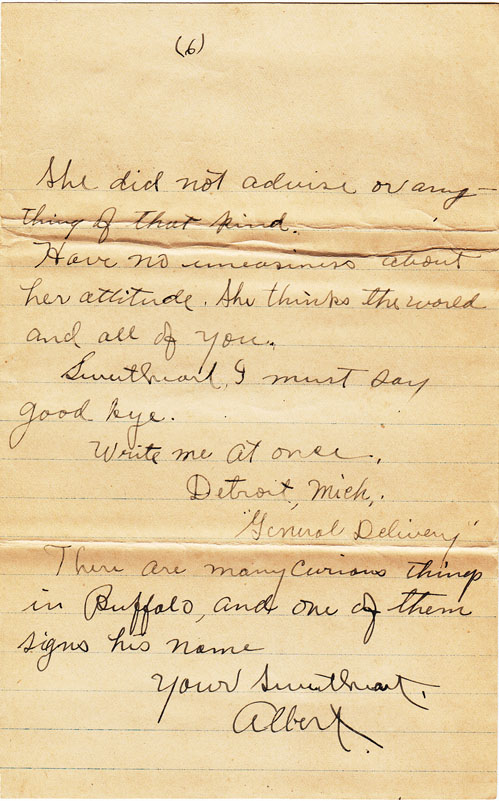 11 thoughts on “R is for Remember”