This is the 17th post in the February Photo Collage Festival and the Family History Writing Challenge.   The next four  posts will be about some of the places that I lived that I didn’t cover in the Alphabet Challenge last year. Today I am going to remember 1300 Layfette, Detroit. My father, who was still using his name, Rev. A.B. Cleage lived here for a year during 1968-1969. I was a senior at Wayne State University.

In the aftermath of the 1967 riots my father had received many crazy letters, including death threats. Several people involved in the movement had been beaten or shot during this time period. There were also the more well known assassinations that took place.  I remember one sermon when my father announced that he had heard there was a price on his head and plans to kidnap him and hold him for ransom.  He told the congregation that if he was kidnapped, give them nothing for his return.  Strangely, I don’t remember worrying about this.

It was during this time that it was decided that he would move out of his first floor flat on Calvert, that had no security measures, and into the an apartment on the 12th floor of the very secure 1300 Lafayette apartments.

Here is a description written by Hiley H. Ward in his 1969 biography of my father, Prophet of the Black Nation, about the apartment and the atmosphere of the times.

“…He has continued to live alone, until recently in a twelfth-floor panoramic apartment ($360 a month, two bed-room) in the exclusive downtown eastside Lafayette Park overlooking the river, Detroit and Windsor, Canada. His church described his moving there as a security measure… in his immaculate apartment two of three paintings remain unhung after a number of months – not a sign of particular interest in the place.”

I was trying to reconstruct the layout of the apartment from memory when I decided to look online.  Currently the same apartments are in use as co-op apartments and I was able to find the layout and placement at the website for the current cooperative apartments. 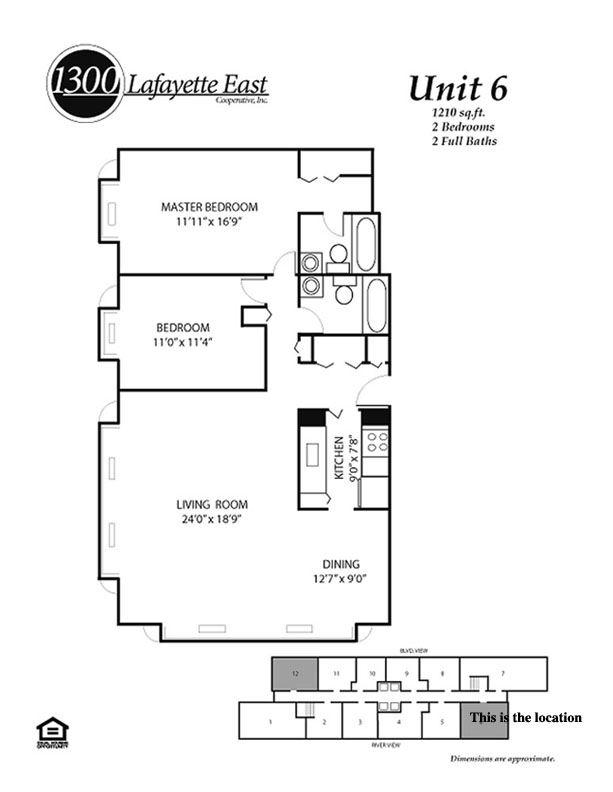 At the same time that my father was living here, The Black Star Co-op  being developed.