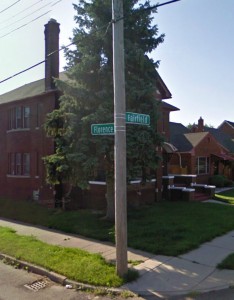 In the fall of 1968, Henry, my mother and her parents, Mershell and Fannie Graham, bought the flat at 16201 Fairfield. The Graham home on Theodore had been invaded, shot into and suffered an attempted armed robbery.  Nobody had been hurt.

In the spring of that same year an insurance salesman was shot to death in front of our house on Oregon. The murderer cut through our backyard during his escape. Although nobody was home, my mother never felt the same about living there. They began to look for a flat to share.

I lived there from the fall of 1968 until I left home in the spring of 1969.  My grandparents lived there until they died in 1973 and 1974. My mother and Henry were there until 1976, when they moved to Idlewild. My sister, Pearl, was a sophomore at Howard University when we moved and never lived there, although  she came home for holidays.

The people in the photos are, starting upstairs and going from left to right – Henry looking firm,  me the night before I left on my cross country tour, Pearl and my mother. Downstairs we have my aunt Mary Virginia who lived with her parents for some months, Alice (my grandmother’s youngest sister), my grandmother Fannie, my grandfather Mershell and my mother holding my daughter, Jilo.  I got the idea for this photo house from a photograph I saw via twitter of a house in Detroit. You can see it at Detroitsees here.

The flat on Fairfield was kitty-corner from a University of Detroit field.  The only thing I remember happening on that field while I lived there was a high school band rally with different bands doing routines throughout a Saturday.  I remember staying up late working on art projects and catching the bus across the street to go to campus. Most of my memories are of returning to visit with my oldest daughter.  I know that I didn’t spend half as much time as I could/should have spent talking with my grandparents when they were right downstairs. 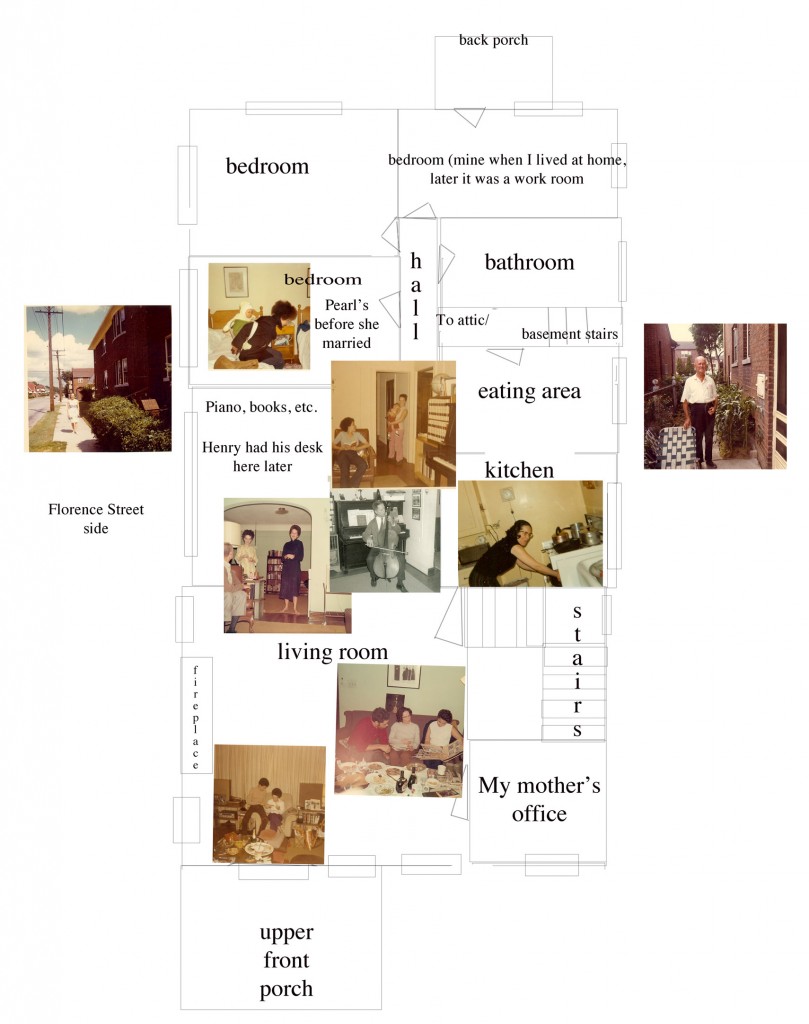 This house is still standing and looking very good.  You can see it on the corner in the street sign photo above. Although the hospital that used to be directly across the street is gone, the rest of the block is all there!  Whooooohooooo!

You can see my mother and grandfather’s wonderful garden and read more about Poppy in “Poppy Could Fix Anything.”