Dr. Albert B. Cleage Sr and son Albert Jr – about 1912.  For this year’s April A-Z Challenge I am blogging everyday using items taken from the letters written by my grandfather to my grandmother from 1907 to 1912, starting with “A” and moving right through the alphabet to “Z” during April.

My grandfather did go to the Zoo in 1909 when he was traveling between Detroit and Buffalo while working on the Steamer Eastern States.

…Yesterday while Lewis and I were walking up the street in Buffalo, whom did we see standing on the corner (as if lost) but Miss Berry of Indianapolis, her brother and his wife and a Miss Stuart an Indianapolis teacher. Well to be sure we were surprised and they too seemed agreeably so. We spent the day with them taking in the zoo and other points of interest. They visited our boat and we showed them through it…

However, it is KalamaZOO that I am more interested in as this is the last letter in the A – Z Challenge and also the last letter my grandfather mailed back to Pearl, now his wife, and little Albert, in Indianapolis as they planned their relocation. My grandfather calls my father “Toddie” in the letter. This is a nickname he kept among family and friends for the rest of his life.  This letter is addressed to a house on N. West Street, several blocks from the one on Fayette Street. 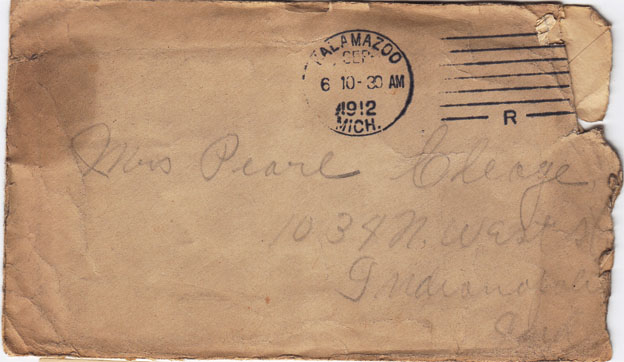 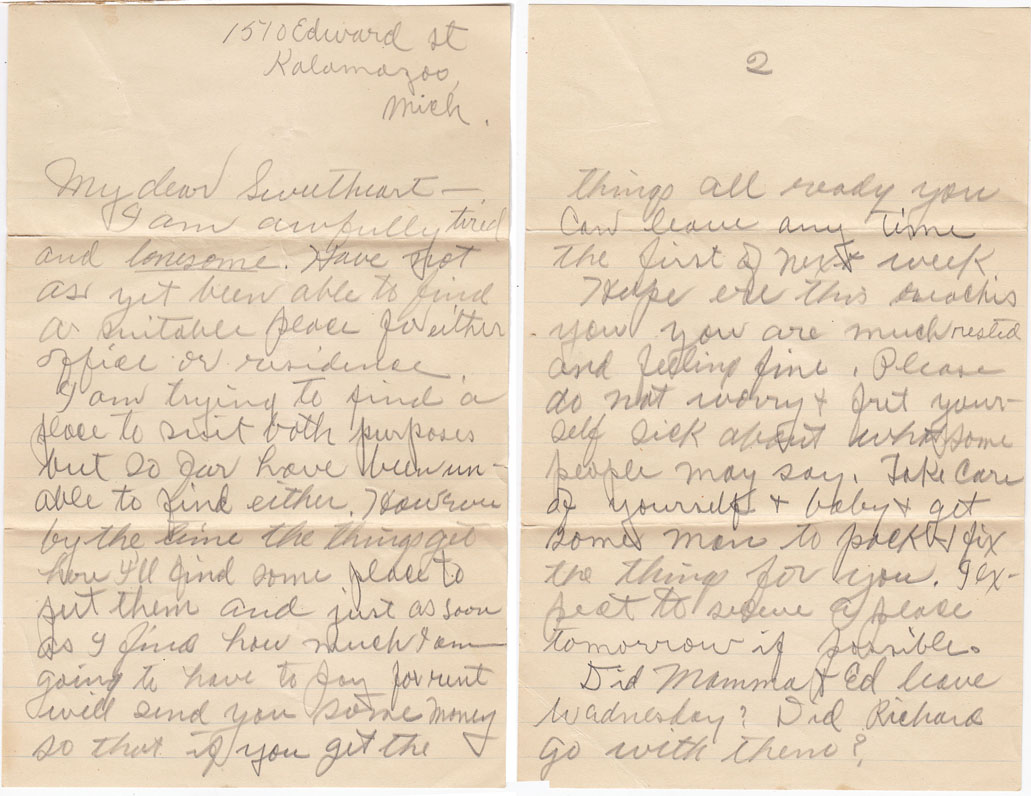 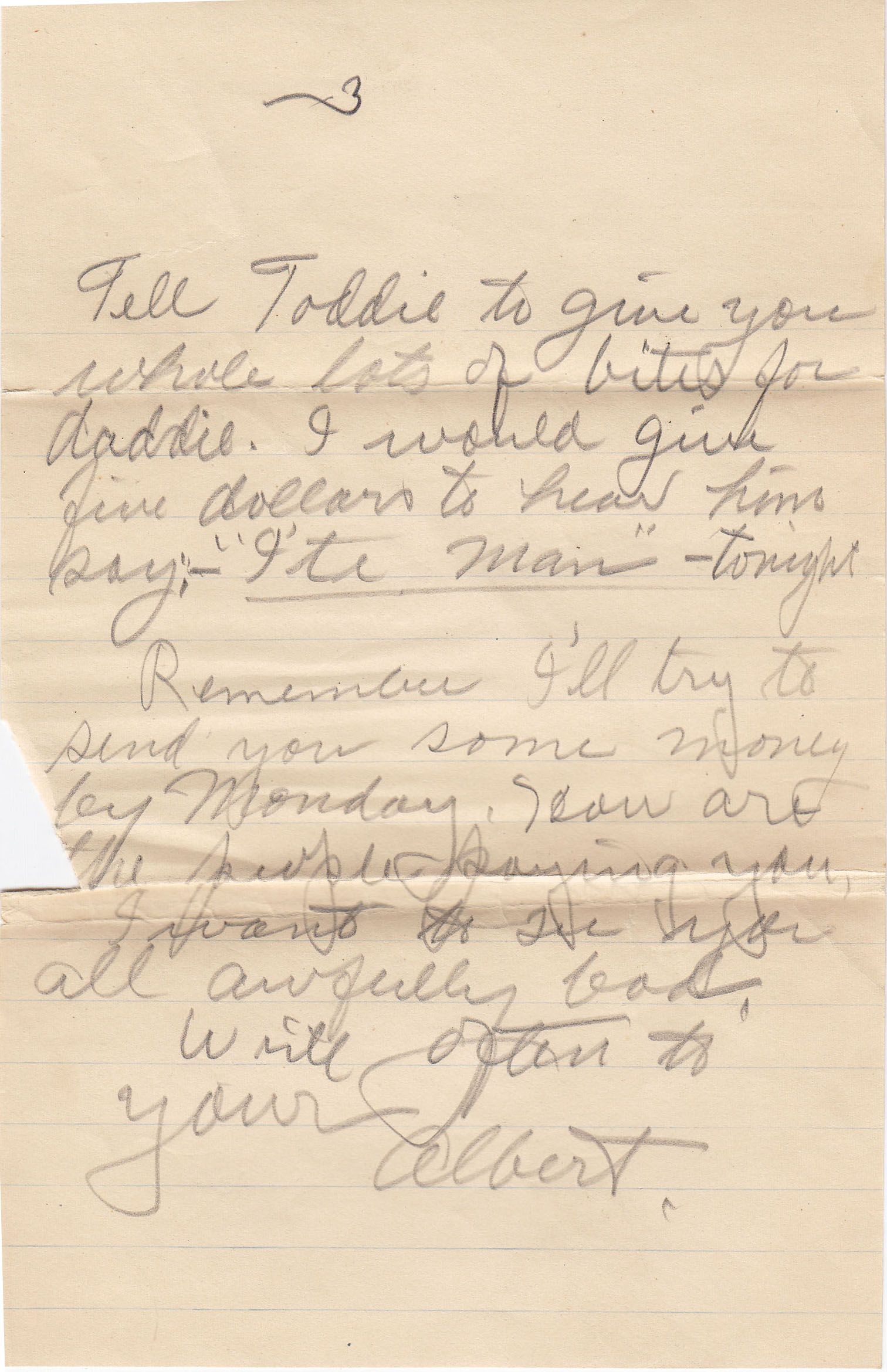 I am awfully tired and lonesome. Have not as yet been able to find a suitable place for either office or residence. I am trying to find a place to suit both purposes but so far have been unable to find either. However by the time the things get here I’ll find some place to put them and just as soon as a find how much I am going to have to pay for rent will send you some money so that if you get the things all ready you can leave any time the first of next week. Hope ere this reaches you are much rested and feeling fine. Please do not worry and fret yourself sick about what some people may say. Take care of yourself and baby and get some man to pack and fix the things for you. I expect to secure a place tomorrow if possible.

Did Mamma and Ed leave Wednesday? Did Richard go with them? Tell Toddie to give you whole lots of bites for daddie. I would give five dollars to hear him say: – “Ite man” tonight

Remember I’ll try to send you some money by Monday. How are the people paying you, I want to see you all awfully bad.

Write often to your Albert.

From Michigan Manual of Freedmen’s Progress. Published in 1915. Page 53.

Albert B. Cleage was born in Loudon County, Tennessee, May 15, 1883. He graduated from the Henderson Normal and Industrial College in 1902, from Knoxville College in 1906, and the Indiana School of Medicine in 1910. He was appointed as intern at the city dispensary at Indianapolis and served there as house physician and ambulance surgeon. He began private practice in Kalamazoo in 1912 as the first African American doctor and practiced and lived at 306 Balch Street.

21 thoughts on “Z is for Zoo and KalamaZOO”