I’m bringing this one back for Sepia Saturday this week because the theme has a car from about the same time period, give or take a year or two.  I think my grandmother is wearing the same type hat as the woman who is looking at the car. A later photograph of the same car has “Lexington” written across the back. You can see that one here The Lexington.

My Aunt Gladys sends word by her daughter  that “It was a Lincoln, could fit all nine plus a dog or two,  the second row faced the back and the back row faced the front. she’s not sure where the photo was taken. it is big ain’t it! must be the precursor to the limo!  She doesn’t think it’s Bell Isle, and it’s not Athens(TN). She thinks it might be the Meadows, that’s the only place with the trees and all the grass. Barbara looks like a miniature flapper! 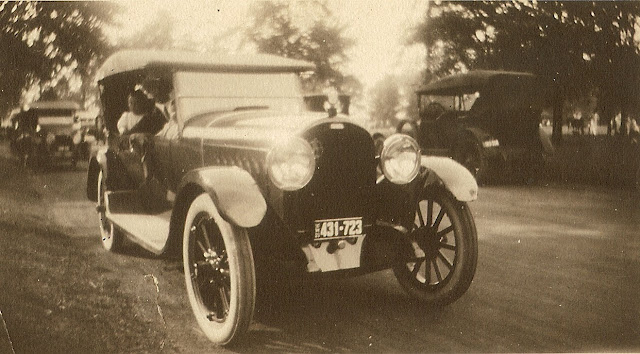 Several weeks ago I publshed a photo of my father and some his siblings and parents standing in front of their car  The Cleage family out for a Ride.  I got several conflicting identifications for the car from relatives on my facebook page.  Today I found a photo of the car from a different angle with the words above on the the back.  While I continue to work on my post about my grandmother Pearl Cleage’s doppelganger I thought I would share this. 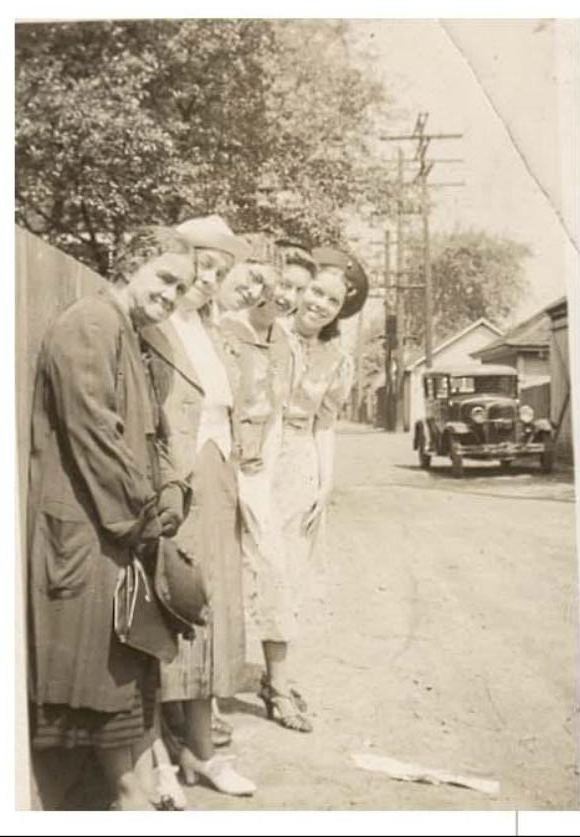