Week 49.  Historical Events.  Describe a memorable national historical event from your childhood.  How old were you and how did you process this event?  How did it affect your family?
In 1963 I was 16 and a junior at Northwestern High School in Detroit.  In the news were pictures of dogs  attacking people who were peacefully demonstrating, high pressure hoses being used on people who were peacefully demonstrating, bombings of homes and churches, people being abused while sitting at lunch counters, people  being arrested. Governor George Wallace of Alabama, stood in the door to block the integration of the University of Alabama. Women were dragged from demonstrations to the paddy wagon. Medgar Evers was murdered in Jackson, MS in front of his home. Four girls were blown up while attending Sunday school in Birmingham, Alabama.   Two teenage boys were killed during the rioting afterwards.  There were two gigantic demonstrations that year, the Detroit Walk to Freedom followed by the March on Washington. Both drew over 100,000. President Kennedy was assassinated. Lee Harvey Oswald was killed, Cassius Clay who had not yet become Muhammad Ali was winning fight after fight. Malcolm X was speaking out and Martin Luther King, Jr was arrested in Birmingham, AL.  Here and there people began to wear their hair in  afros. In Detroit, the Freedom Now Party was seeking petitions to get on the ballot for the 1964 election and  Malcolm X spoke at the Grassroots Conference.
How did all of this affect me and my family?  I was angry but I also felt I was part of the struggle of the black community. I wondered why the federal government didn’t send troops down south to protect people who wanted to vote. I wrote revolutionary poetry. It wasn’t very good poetry. My family talked about everything that was happening. They were publishing the Illustrated News during that time and wrote about changes that had to come and the movement of the struggle from the south to the north and what the differences would be as this happened.

This photo was taken by my uncle Henry in 1962 at an old house we had in the country.  It was between Wixom and Milford Michigan and about 40 minutes or less from Detroit.  We had the old farm house and two acres, not including the impressive barn in the background. Maybe we were playing a trucated version of baseball. My cousin Warren seems to be coming in to touch base?  I seem to be hysterical.  Was small Blair in the game?

My Sepia Saturday tie in this week is not through the designated photo but through a fellow Sepia Saturday contributor who I got into a discussion with about racism in the USA today and in the past and somehow it came up that I have Canadian cousins and that one of them played football for the Eskimos until a recent achilles tendon injury.  TickleBear turned out to be a big football fan and when I mentioned my cousin and said he was now playing for the BC Lions and that his name was Kamau Peterson, he (Ticklebear) was quite thrilled.  I must admit that I’m not a sports fan of any kind and although I’ve kept up with my cousin’s growing family I have not really paid much attention to his football career. I had to go check his fb page and go to links to catch up. I knew he was doing well at it because that’s what we do, do well 😉 But I didn’t know the details.  Here is a photo of my well known Canadian Football playing cousin, Kamau Peterson.  He also has an awesome full back tattoo which you can see in progress here.  You can see other Sepia Saturday offerings here. 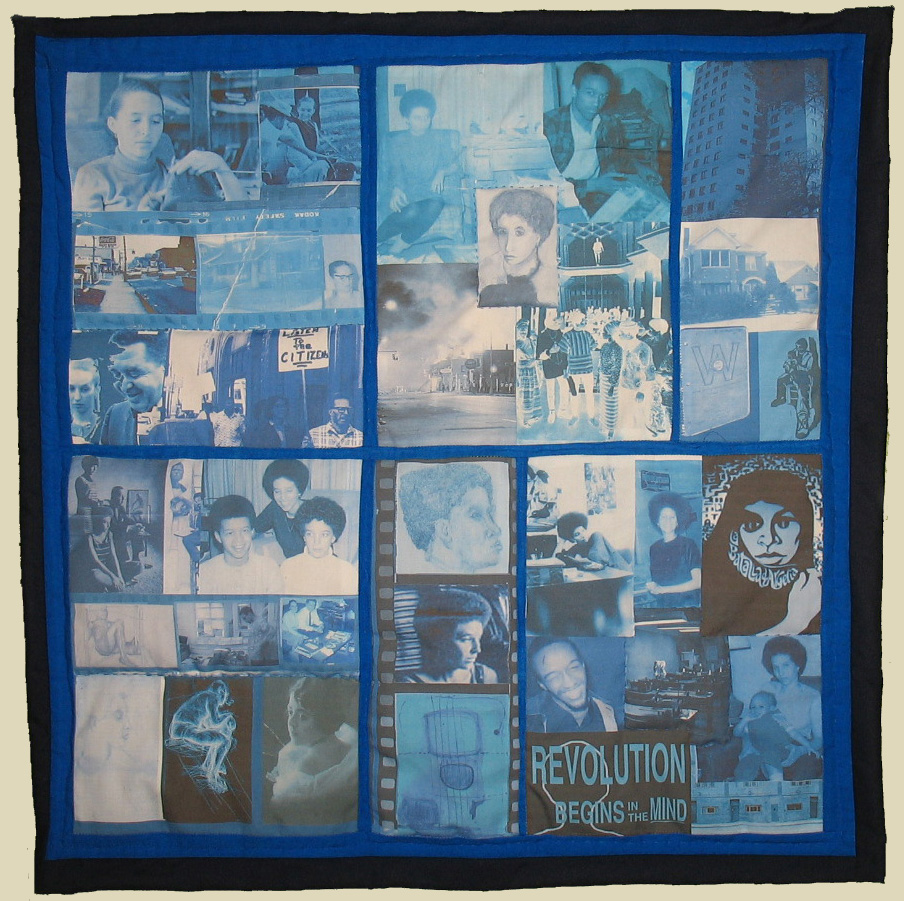 A quilt of my life and those in it for the years 1966 through 1969 with on photo of me and my oldest daughter in 1971.  It is about 23 X 23 and was done for the upcoming quilt show at Southwest Atlanta Art Center next month.  The challenge was to make a quilt all in one color. 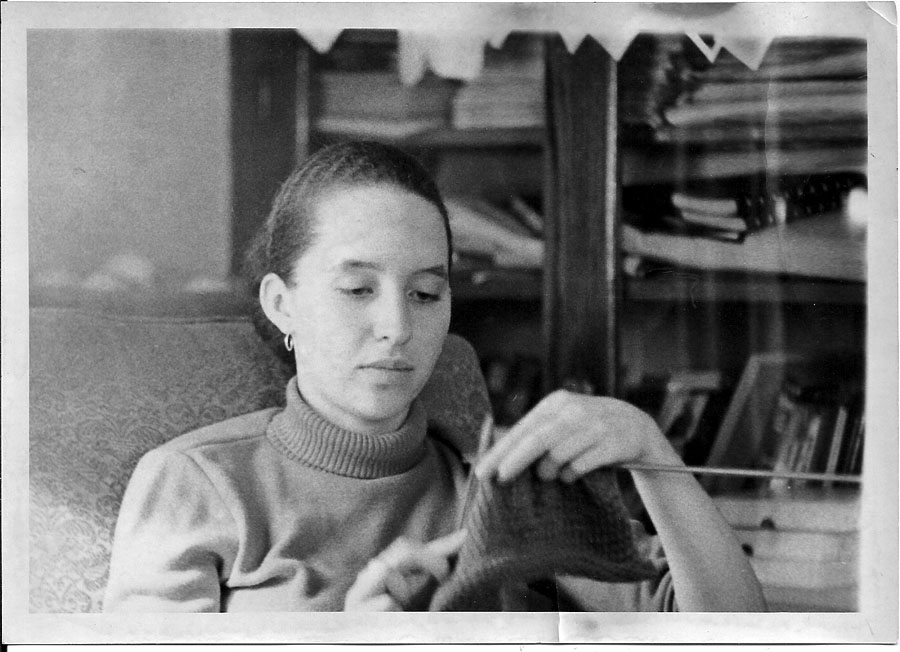 Here I am starting my one and only knitting project.  When it was done the edges curled up.  It was light blue, very long and wrapped around my head and face during the cold Detroit winters.  I added fringe to the ends and wore it all through college.  I’m wearing it below in 1969.  To see other SepiaSaturday offerings  click HERE. 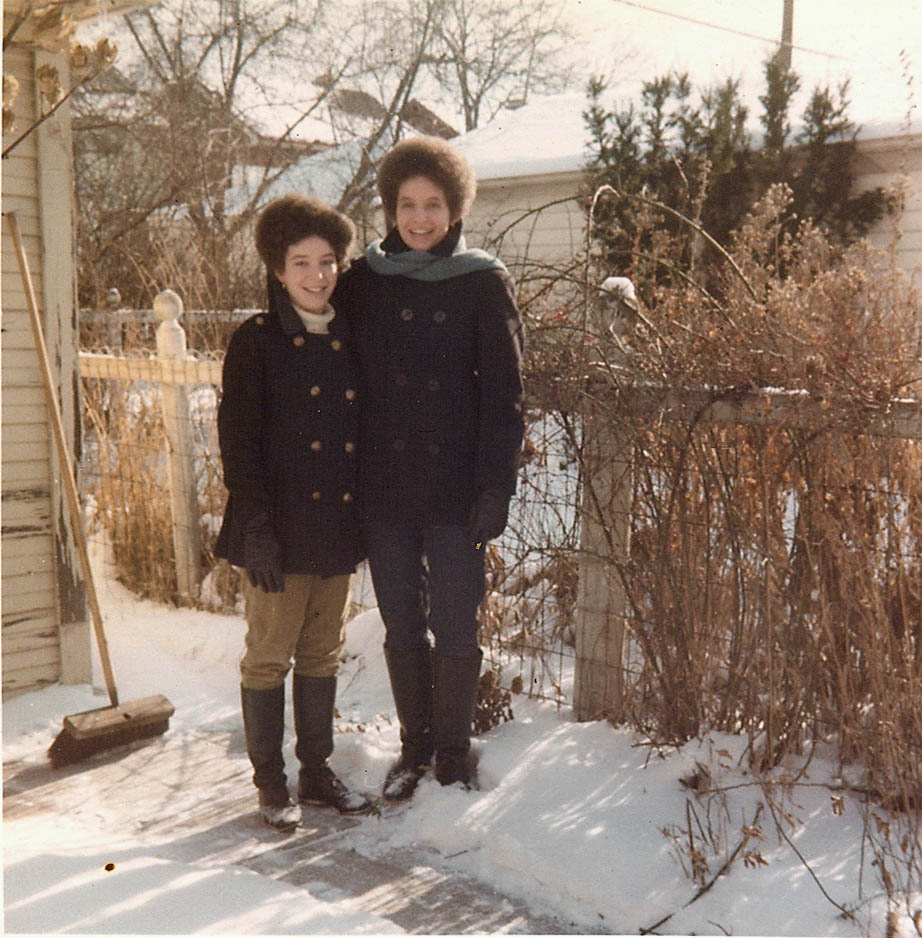