When I was in the second grade I became a Brownie for a few months.  At the time my father had left St. Marks Presbyterian Church with 300 members and founded a new church, Central Congregational church. We met at Crossman School on Sunday and held all other church activities at 2254 Chicago Blvd. We also lived there.  It was a huge house.  That was my bedroom window on the upper right. Perfect casement windows for Peter Pan to fly through.

Input from Benjamin Smith, one of the scouts pictured below:

“I am the taller kid in the rear. All of us in that picture went through Cub Scouts, Boy Scouts and Explorers. Sadly, I am the only one still here.  John Curry, standing, left front. Ligens Moore, seated front. Norman Cassells, seated front right. Harrison Stewart, standing with rope, front right. Benjamin Smith rear left. Longworth Quinn rear left. Ligens had a pilot’s license at 12 yrs old. Longworth’s father published the Michigan Chronicle for many years.

“Between Scouts and Youth Fellowship, I spent a lot of years in the parsonage basement. It was a different time. The side door was unlocked until your father went to bed.”

Times were different but I remember that someone tried to break into the house one night when my father wasn’t home. My mother rapped on the upstairs window with her ring – they were in the backyard trying to break in through the french doors of the conservatory – and they fled. Pearl and I were asleep. When she called the police they said she shouldn’t have knocked on the window, but she was so mad at the nerve of them.  They would have been so angry if they had gotten inside and found nothing worth stealing.

I remember Longworth. In 1969-1971 we both worked with the Black Conscience Library. He was in Law School at the time.  Such a long, long time ago.

The scout troops met in the basement recreation room where all of the youth activities were held. We wore the usual Brownie uniform and used the usual Brownie handbook.  I remember only one event, a jamboree held at Roosevelt Elementary School in a small gym, up a short flight of stairs above the 2nd floor. There were various stations set up and we went to different ones and did different things.  After several months I quit because I was bored. I wish I had a photo of me in my Brownie outfit, but I don’t.

At some point I was in the kitchen, which we shared with the church, while my mother was making dinner. One of the Brownie leaders came in to prepare a snack and asked where I’d been. I told her I wasn’t coming any more. That was my experience as a Brownie. One more thing I remember. A little girl at school, which was majority Jewish at that point, said there couldn’t be any brown Brownies. I don’t remember who she was telling this to but I told her, yes you could be because I was a brown Brownie. 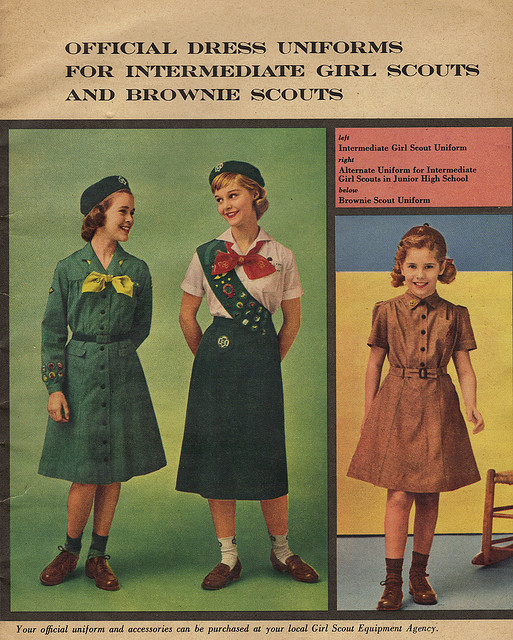 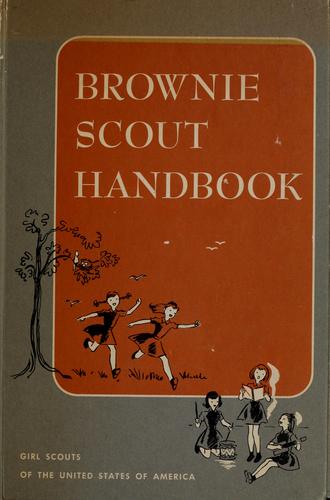 My youngest son joined the Boy scouts. He was an active member of a troop in Baldwin, Michigan for some years. They 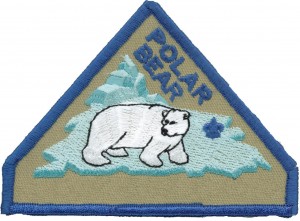 did all the scout things, camped out, went on hikes, earned badges, went to Jubilee at Mackinaw Island. He earned the Sharp Shooter, Swimming, Water Skiing and the Polar Bear badge to name a few.  To earn the Polar Bear Badge he had to camp out two nights in a row in weather below freezing, preparing all their meals at the campsite. As I remember it was in the 20 degree range.  My husband became the troop treasurer and continued in that capacity long after my son lost interest.  He also camped out in the 20 degree weather.  They were a pretty free-spirited group and never wore uniforms so I have no photos of him in scout gear. My older children were in 4-H clubs.

30 thoughts on “I Once Was a Brownie”