Thomas Allen appears in the 1888 Indianapolis City Directory living at 2715 N. Capital street. He continued to live there until his death. His wife Kate lived there until at least 1913, her last appearance in the City Directory before moving back to Ohio. 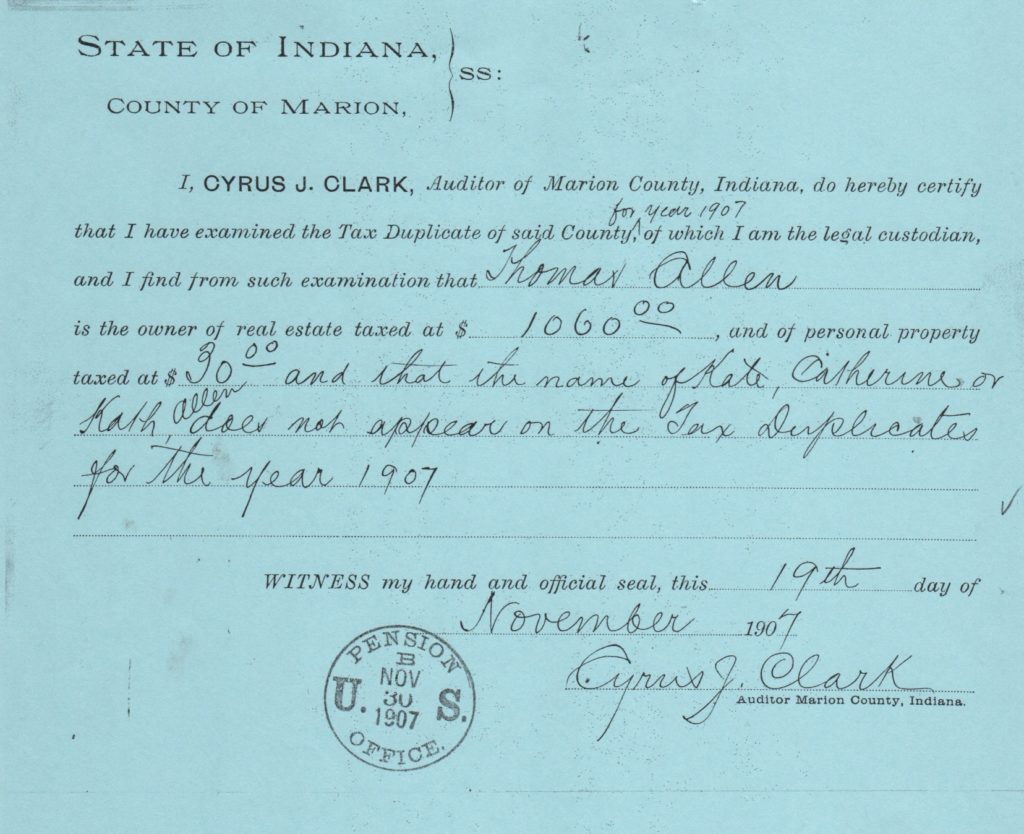 The diagram below is taken from an Indianapolis Sanborn map from 1887.  A Wikipedia entry says “The Sanborn Maps were originally created for assessing fire insurance liability in urbanized areas in the United States.”  Thomas and Kate Allen’s frame house had 1.5 stories. The half a story meant that the upper story was under the roof and so only half as large as the first story because the eaves take up some of it. The dotted lines indicate a porch. 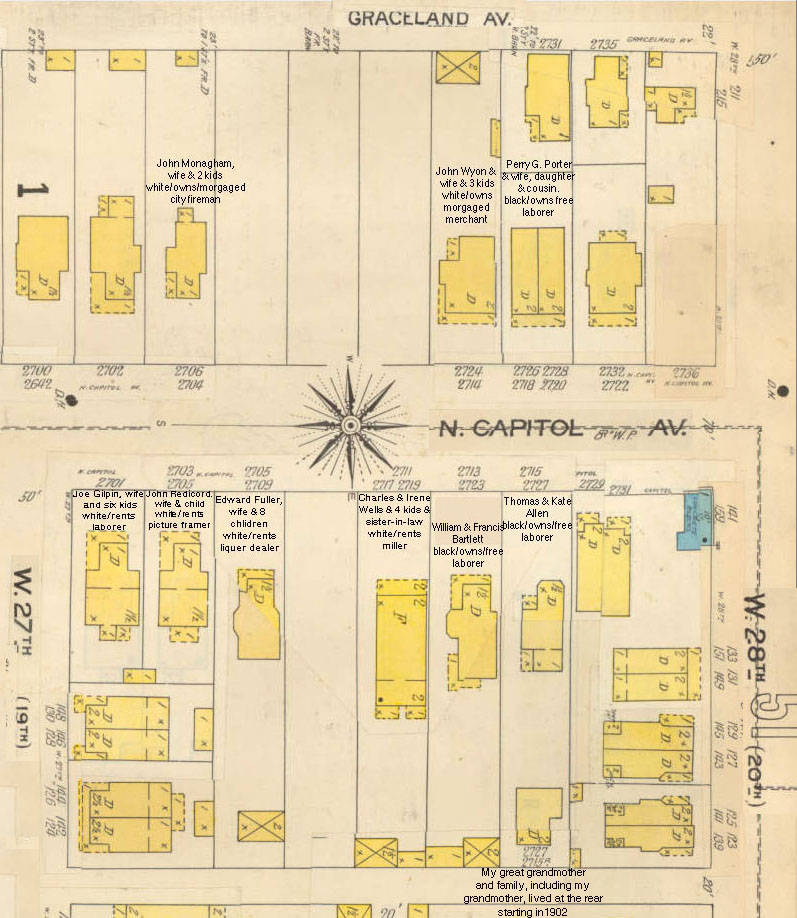 Thomas’ house is 1.5 story frame house. There are two rooms downstairs and two small porches, one in the front and one in the back. It seems to be the smallest house of those shown above.  On the back of the lot  was another dwelling, numbered 2715 r, where my great grandmother, and her family – including my grandmother, lived in 1902.  I thought it was interesting that the three black residents, all laborers, owned their houses free of mortgage. And that everybody on this chart was literate.

Looking through the enumeration district where the house was located in the 1900 Census, it was a mostly white district. There were a fair number of naturalized citizens and a number who had been born in Ireland or Germany or who had parents born there.

I found the information here in Thomas and Kate Allen’s pension file, the 1900 census on Ancestry.com, the 1897 Sanborn map at this link, and Wikipidea.