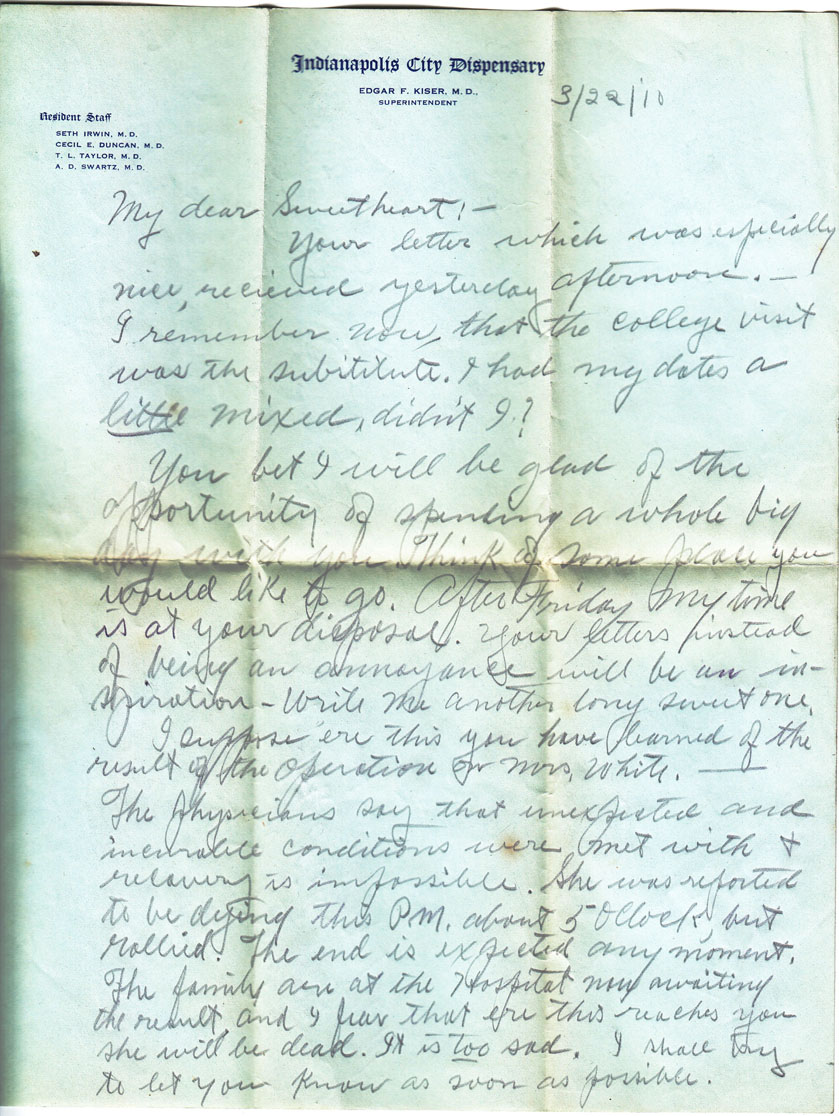 Your letter which was especially nice, received yesterday afternoon.  I remember now, that the college visit was the substitute.  I had my dates a little mixed, didn’t I? You bet I will be glad of the opportunity of spending a whole big day with you.  Think of some place you would like to go.  After Friday my time is at your disposal.  your letters instead of being an annoyance will be an inspiration – write me another long sweet one.

I suppose ere this you have learned of the result of the operation on Mrs. White. – The physicians say that unexpected and incurable conditions were met with and recovery is impossible.  She was reported to be dying this P.M. about 5 o’clock, but rallied.  The end is expected any moment. The family are at the hospital now awaiting the result and I fear that ere this reaches you she will be dead.  It is too sad.  I shall try to let you know as soon as possible. 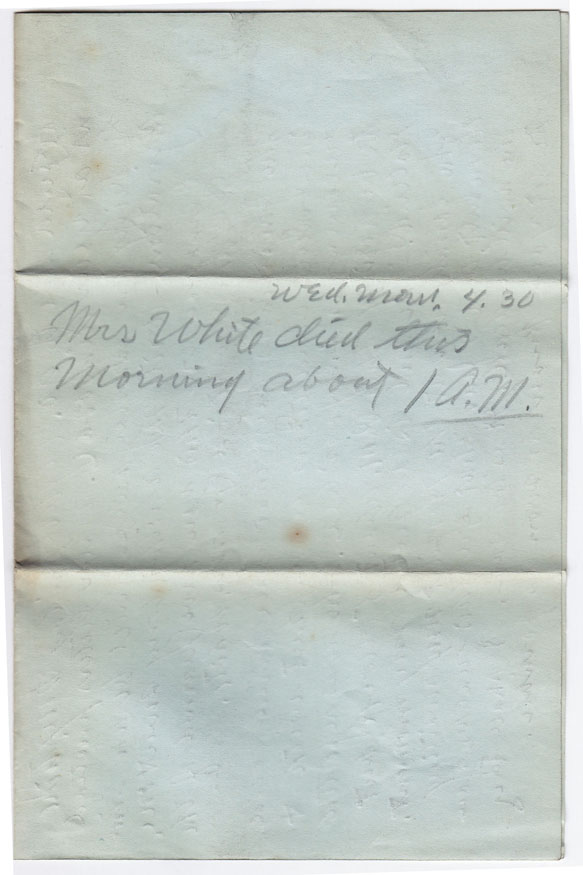 Mrs. White died this morning about 1 AM.

The pastor of United Witherspoon Presbyterian Church was Rev. David F. White. I wondered if this was his wife. Rev. White came to Witherspoon in 1908 from Athens, TN, according to an article in The Freeman An Illustrated Colored Newspaper.  I found several mentions of him, but none of a wife. On Ancestry.com, I found that he had been born in Kentucky in 1873 and that he lived next door to my grandfather and his brothers at 912 Fayette Street. In the 1910 Census, taken in April, over a month after the death described in the letter above, he is described as a widower.  Unfortunately without a first name for the wife, I cannot be sure that this is her.

6 thoughts on “O is for Opportunity and Operation”