I expect to arrive in Indianapolis Thursday morning and if it will be possible for me to see you any where at anytime before Sabbath write me at #910 Fayett St. – Albert 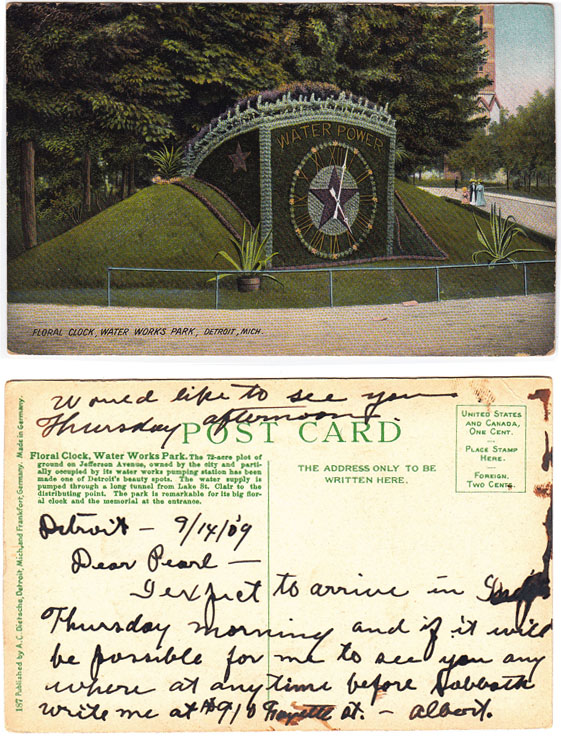 “This park — which still exists today but is no longer open to the public — would eventually encompass 110 acres with swimming and picnic areas, play equipment like swings and teeter-totters, baseball diamonds, even a library. It also was a popular place for fishermen. At the turn of the 20th Century, the park also had two islands, three bridges, a small wading lagoon and a winding canal where rowboats could enter the park,” “The First 300 Years” says. “Visitors strolled along pathways lined with chestnut trees, intricately landscaped shrubbery and floral displays,” it continues. Another beloved attraction was a clock near the entrance that was made of flowers and run off water pressure.” Water Works Park Tower – Historic Detroit

13 thoughts on “F is for Flower Clock”