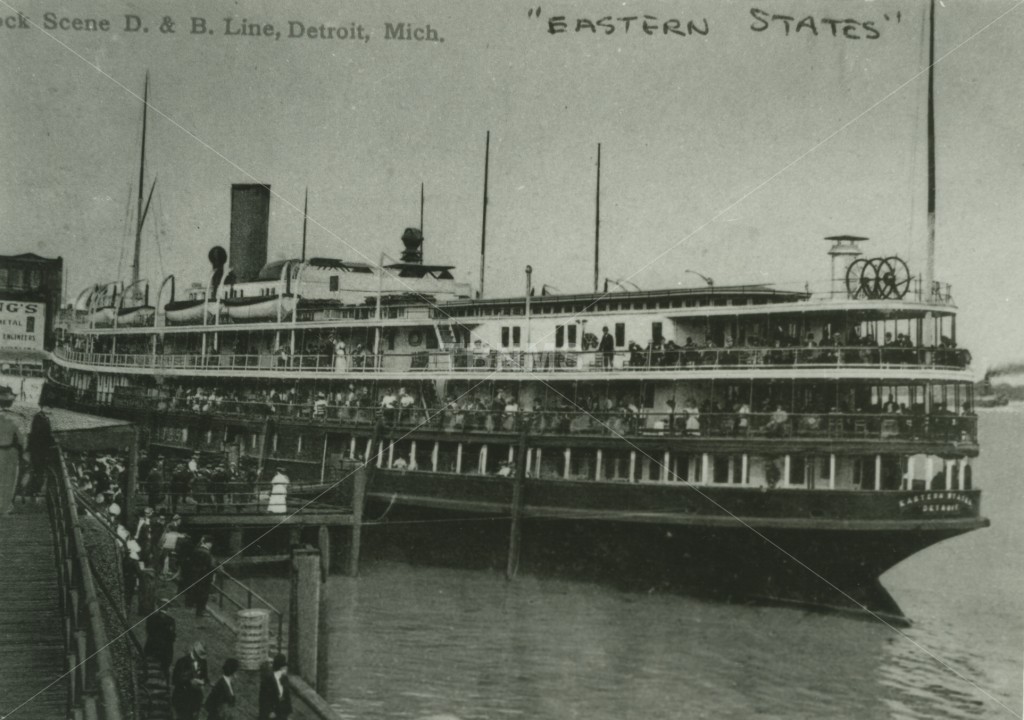 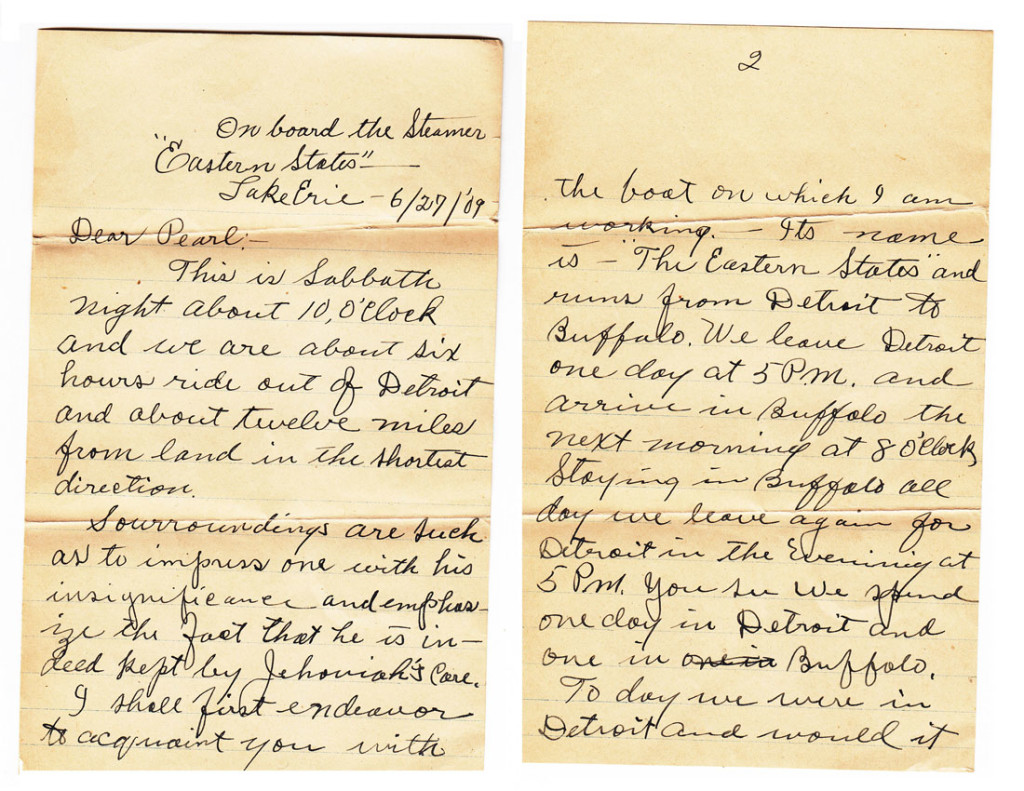 “June 27, 1909 (On board the Steamer “Eastern States” – Lake Erie)
This is Sabbath night about 10:00 o’clock and we are about six hours ride out of Detroit and about twelve miles from land in the shortest direction.

Surroundings are such as to impress one with his insignificance and emphasize the fact that he is indeed kept by Jehovah’s care. I shall first endeavor to acquaint you with the boat on which I am working. It’s name is “The Eastern States” and runs from Detroit to Buffalo. We leave Detroit one day at 5 PM and arrive in Buffalo the next morning at 8 o’clock, staying in Buffalo all day we leave again for Detroit in the Evening at 5 pm. You see we spend one day in Detroit and one in Buffalo. Today we were in Detroit and would it interest you to know how I spent it? Well, if it will interest you; after breakfast was over about 9 am, I went down to our “quarters” (I suppose you have only a faint conception of what that word means – I describe it later.) and slept until 11:30 – served lunch, after which Aldridge and I walked up town for about 2 hours – smoked some cigars, came back to the boat and took a couple of hours more of sleep. So you see I am putting in plenty of time sleeping. This stuff I’m sure does not interest you and I will not bore you longer but as I promised to say something about our “quarters”

It is one large room about 35 x 40 ft. in which are 32 beds – just think of it!! Those beds or better bunks are arranged in tiers of three and I at the present time am sitting on my bed (the top one) and there are two other fellows below me. What ventilation we get comes through six small port holes the diameters of which are about 6 in.

The fellows are a cosmopolitan aggregation, men from everywhere and at any time you can hear arguments and discussions on all subjects – Sensible and nonsensible. There are several students on board – boys from Howard University, Wilberforce University, Oberlin University, Michigan, and Indiana and out of them there are some very fine fellows to know…  I could talk all night about the desirable and the non-desirable features of my Steamboat experience…”

You can read an earlier and more complete post about the Steamer Eastern States here.