When I was growing up, this was the entry way to the Detroit Main Library.  It opened onto Woodward Ave. We probably started going soon after we moved back to Detroit when I was 4.  There was a man who stood there, a very friendly older man who looked at your books when you were going out to make sure you had checked them out. Younger than I am now, he was very friendly and always smiled at my sister and me. He wore a blue suit and had a round head, with little hair.

To the right was the check-out counter. The door you can see to the right led into the children’s room. The picture books and early reading books were right inside the door to the left. Straight ahead, against the back wall were the books for older readers – “Invisible Island”, the Narnia books and others.  My mother brought us here often, interspersed with trips to  libraries closer to our home. 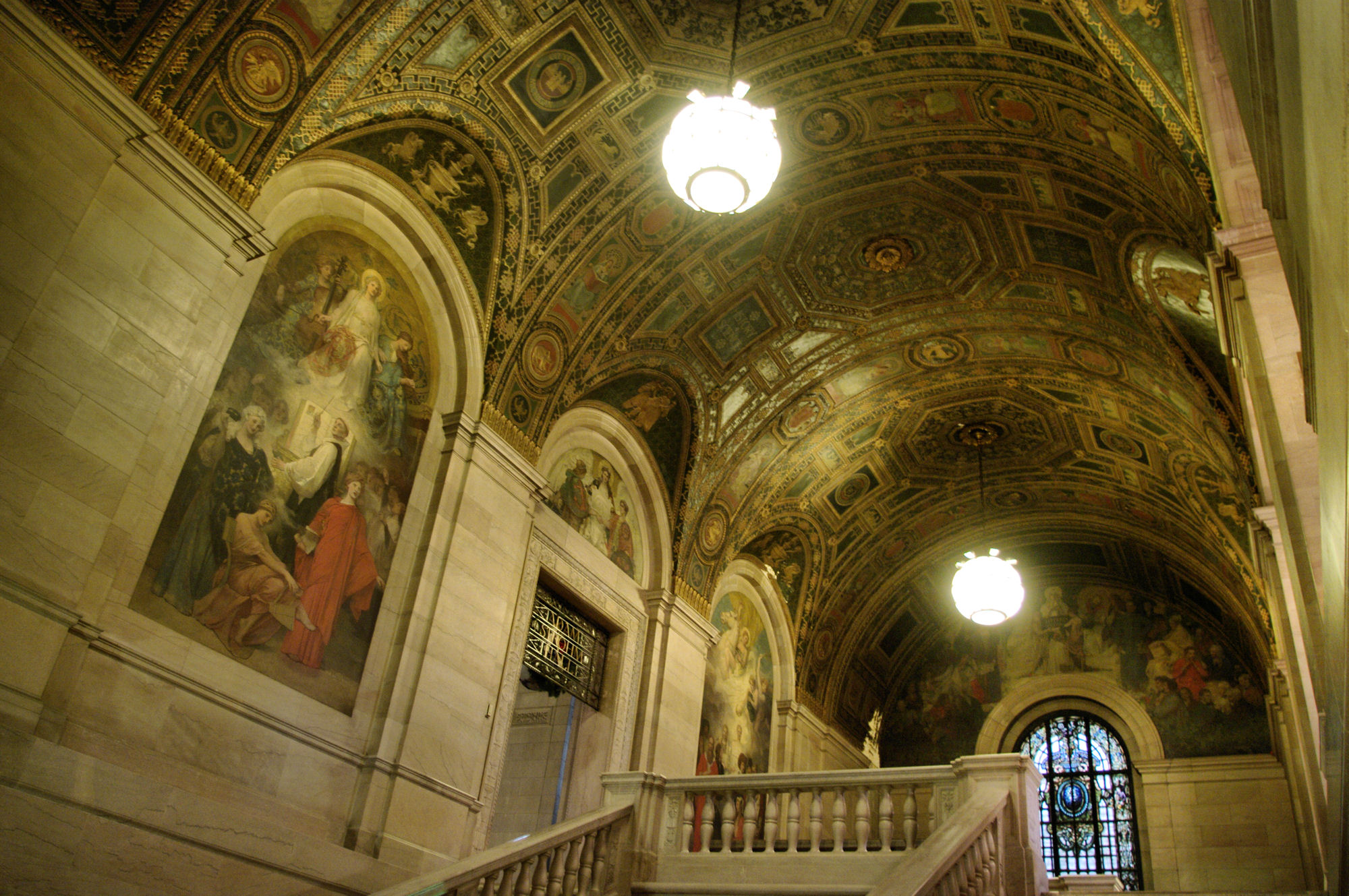 At the time I don’t remember noticing the high ceilings and the murals specifically, but they were the background for my library experience.  In 1963, an addition was added on the Cass side of the library.  With building and lawn, it occupies the entire block.  For reasons I don’t understand, most of the books were moved into the new area, leaving the old one behind.  The book checker moved to the new side of the building and continued to sit there all day and look at books. He was there when I studied on the new side all through college and he was still there in 1972 when I started taking my oldest daughter to the library.

To read more about the Main library

19 thoughts on “Memories of the Detroit Main Library”