I have decided to go through my grandparent’s photographs and see how many of their friends I can trace.  Yesterday I was looking at my grandfather, Mershell C. Graham’s friends from home when I came across “Hands up.  Just a little desperato. You know why.” 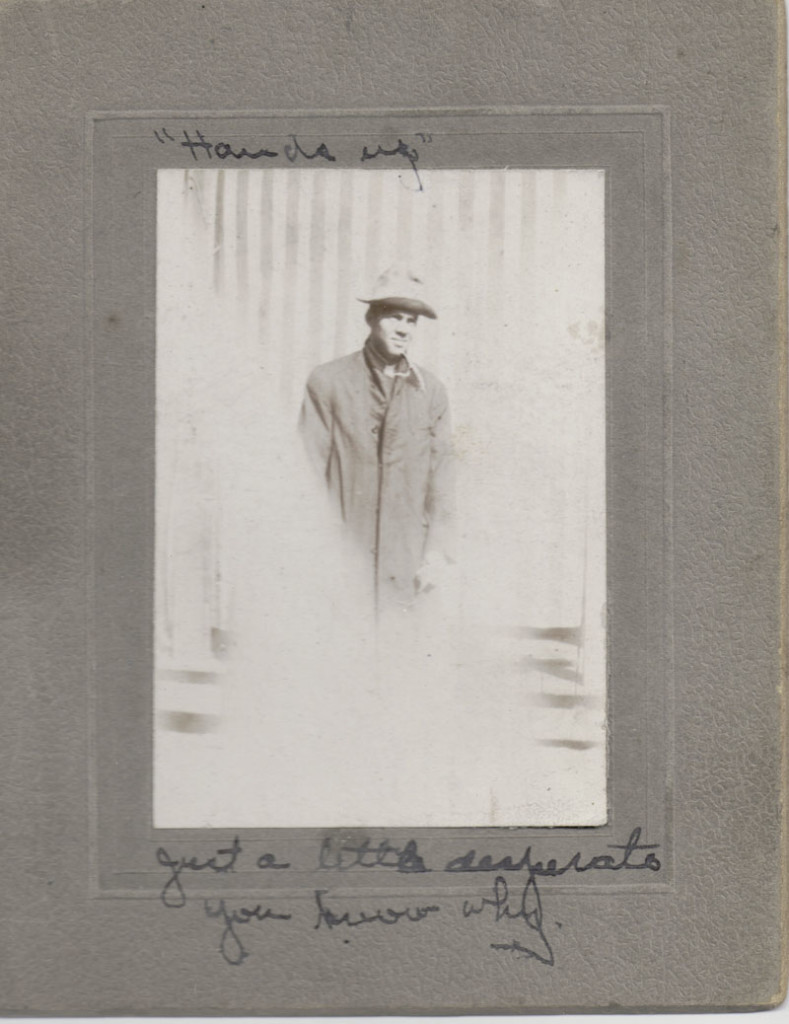 I turned it over and saw there was a bit written there in pencil. Holding it up to the sunshine coming in the window, I was able to read: “From my friend Charlie Watkins.  10/22/07.  Mershell Graham.  Chas’ wife Emma Dee died 1949.” 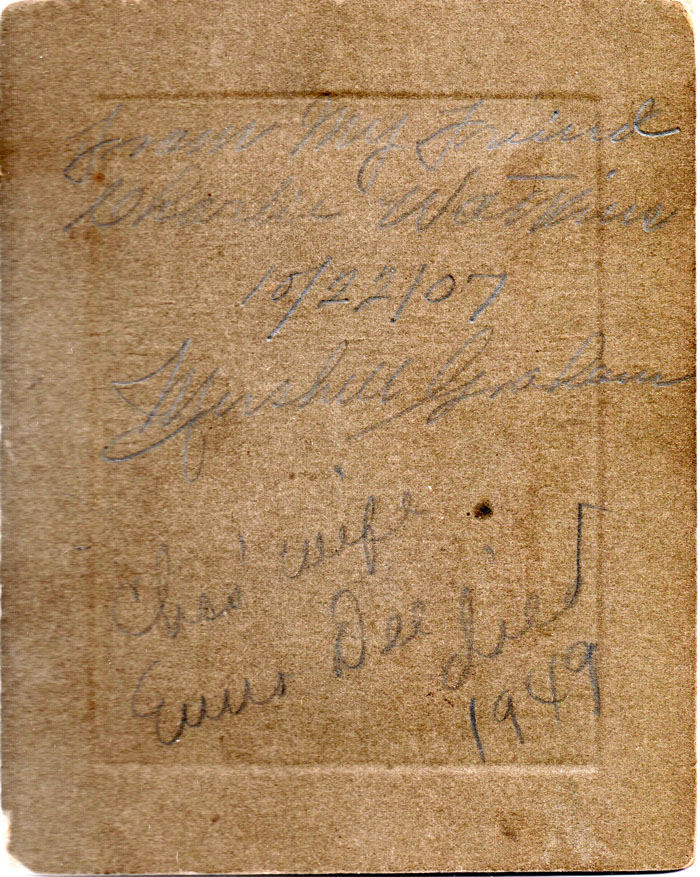 In 1907 my grandfather was still living in Montgomery, Alabama.  When looking for information about people who aren’t relatives, I’ve found it very helpful to start a tree for them on Ancestry. I’m able to put all of the information I find in context. I made Charles Watkins with wife Emma Dee (maiden name unknown at that point) the starting couple.

I was zipping along finding information when I decided to check out some photographs that were suggested. Imagine my surprise when I realized that Charles Watkins was the brother of William Watkins that I wrote about earlier here  He Hid Beneath the Floor.   It tells the story of Victor Tulane, my 2X great uncle by marriage, hiding a family friend, Montgomery dentist, William Watkins, under their floor to save him from white vigilantes.  When I wrote that post I researched the Watkins family.  I recognized the photograph of their father, William Watkins Sr.

Charles married Emma Thompson, a seamstress, in 1910 in Montgomery. By 1917 the family was living in Chicago, IL.  They had two children, William born in 1912 and Sarah born in 1916. Emma was no longer working.  Charles was a carpenter, as his father had been.  By 1920 they were living in Los Angeles, California. He was the first member of the family to move west. Others followed later as most members of the family left Montgomery after brother William was smuggled out to escape the mob.

Charles Watkins died in Los Angeles at the age of 74.  I still don’t know why he was a little desperado.