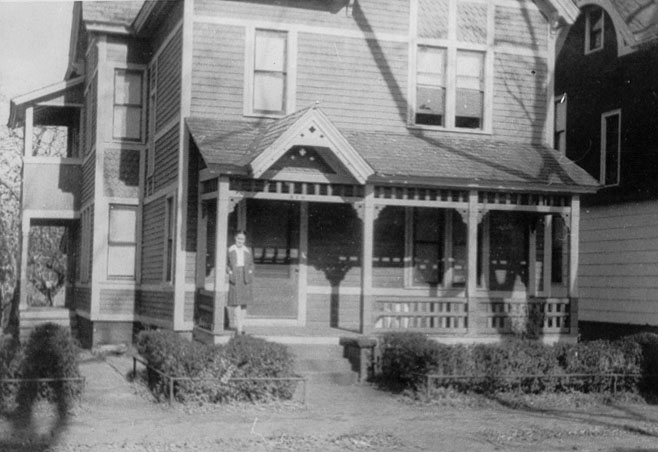 I remember looking out of the door to see the snow even with the porch. I was about two years old. 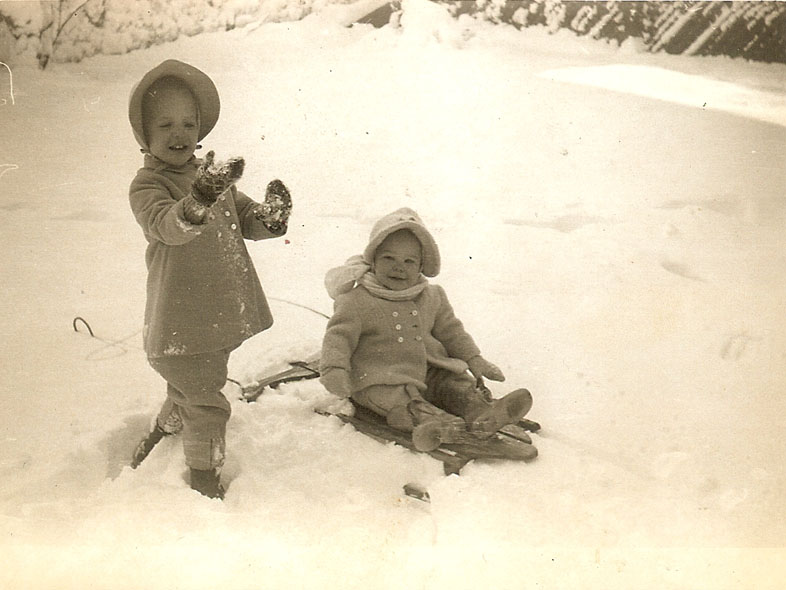 Winter 1949 me with my sister  Pearl. Springfield, MA.  We played out in the snow and pulled each other on that sled when we were older.I remember March blizzards when my sister and I would be about the only students at Roosevelt Elementary school. Most people stayed home, although the schools never closed.  We lived on Calvert, two blocks from the school and our mother was a teacher there, we all walked there together.

The New York Snow Storm 1969: Right now there’s a blizzard going on outside.  I was out earlier to wash and I got soaked.  You can’t hardly see a block and it’s already at least 5 inches (maybe 3) and giving no sign of stopping.

Thanksgiving of 1975 my husband, my two daughters and myself traveled by bus from Charleston, SC to Detroit to visit family.  There was a heavy snowfall the night before we were supposed to leave and the buses stopped running. After waiting at the bus station, we called a friend who took us back to my parents house where we stayed until the buses started running the next day or the day after.  We slept downstairs in my grandparents flat, which was empty as they had died the year before. That is the same flat that my grandmother is looking out of the window above.  Those couple of days might have been the most pleasant of the trip.

Excelsior Springs:  In the winter the roads were snowy and icy.  I had learned to drive in the South and was not use to winter driving. When the first heavy snow fell, I went out in the yard with the kids and played in it.  We couldn’t understand why none of the neighbors were out there.  After several more years, snow didn’t seem so glorious. Still nice though.

Thanksgiving 1991: My memories of this Thanksgiving begin with the snow storm that dumped at least a foot of snow on us. It started the day before and continued into Thanksgiving day.  I remember waiting for people to arrive, standing out in the yard looking through the woods at the road and seeing cars coming through the snow.

For several years my 4th daughter Tulani taught her dogs to pull a dog sled. I took one ride on it. Even though it was going very slowly, I felt like I was racing along the road at break neck speed.

In 1998, my oldest granddaughter was Baptized in Detroit. I drove down from Idlewild. When we went into church big, fat snowflakes had started to fall. By the time we came out snow covered everything. I think this was another March snow storm. 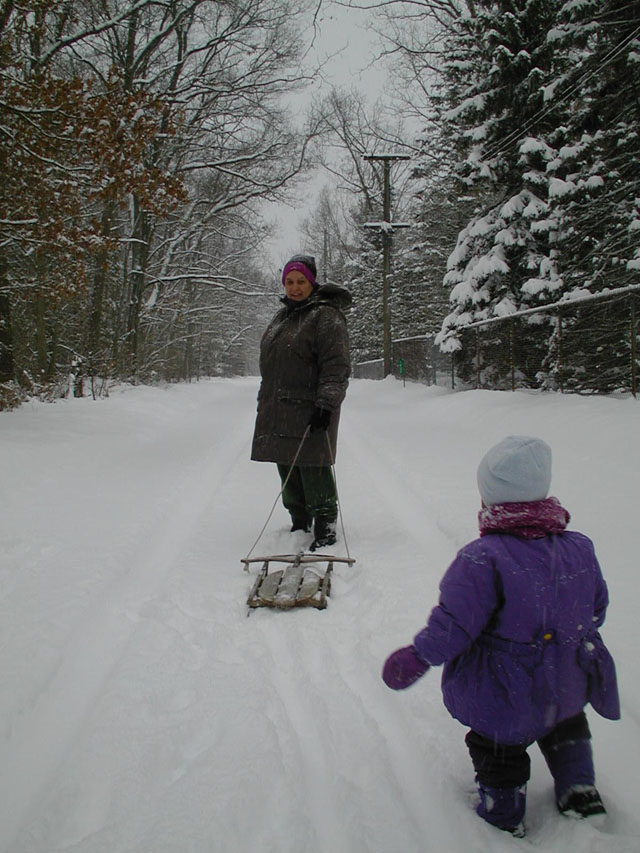 Several years later, after a stay in Oceanside, CA, my daughter and her family moved back to Michigan. They came up to Idlewild that winter and experienced snow for the first time.  Here I am pulling the same sled my sister is sitting on in the earlier photograph as another granddaughter follows.

This is one of my favorite snow pictures.  I took it at the last house we lived in before moving to Atlanta. I love looking at the snow and walking in it, but driving on it is not fun, especially if it melts and freezes as ice. When I asked my husband his memories of snow he said sliding off of the road and driving to work in the snow.

We live in Atlanta now where we don’t get the big snows of Michigan but almost every year we’ve had a day or two with snow on the ground.

15 thoughts on “Memories of Snow”