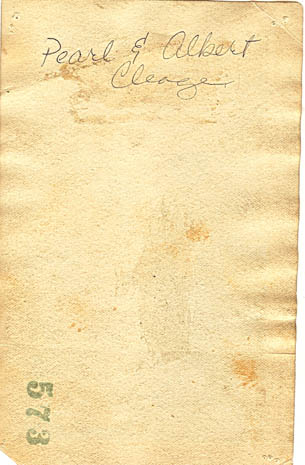 Last night I posted an undated photograph of my grandparents.  I assumed it was taken soon after they were married in 1910.  Then one of my daughter’s asked me when it was taken and where it was taken.  I went back to my box of Cleage photos to see if I could find some others taken on the same day.  After going through quite a few pictures, I noticed that there were numbers on the back of the photographs.

Here is the back of the photo in question.  That is my handwriting.  I started looking for other photos with the number 573.  Voila!  I found two.  One says ‘Toddy and Theodore Page”, not in my handwriting.  Toddy is my father and Theodore Page was the nephew of  Gertrude, my great uncle Jacob’s wife.  He was living with them in Detroit, according to the 1930 census.

Taking a side trip, I began to look for information about  Theodore (Roosevelt) Page.  I found him at age 6 living with his parents, Jacob and Anna Eliza Page, and siblings William and Ophelia living on a farm in Mississippi in 1910.  By 1920 he was 16 years old.  He and his mother were living with sister his Ophelia and her husband, Henry Red, in Arkansas.  He worked on the family farm and had attended school in the last year. I’ve been trying to find Uncle Jacob’s wife’s maiden name for years.  Maybe finding her sister will help. 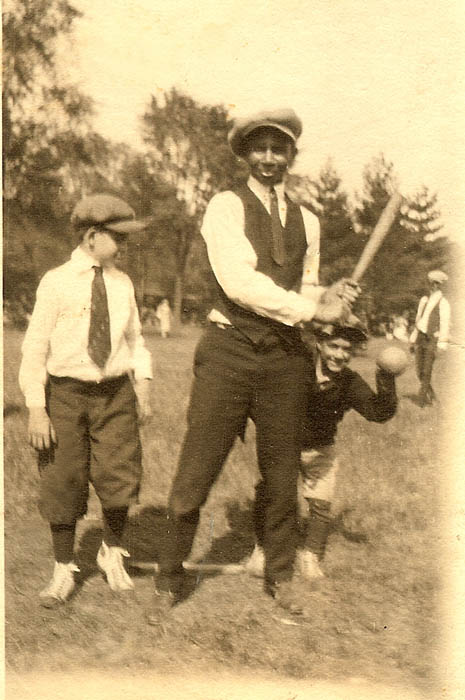 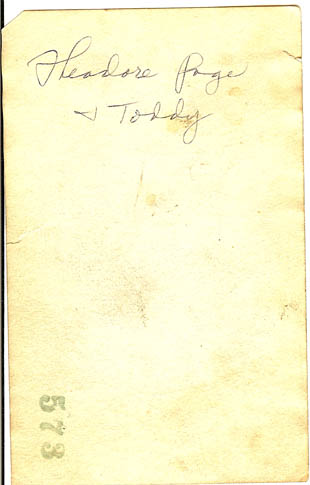 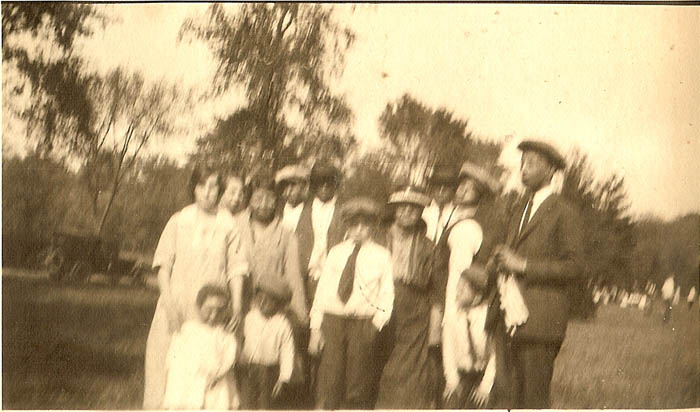 The other photo with the number 573 on it is a very blurry group photo.  I see my grandmother Pearl on the far left with little Barbara in front of her.  Hugh is next to Barbara,  My father is in the front row center, next to him is my great grandmother, Celia Rice Cleage Sherman, a little kid, probably my uncle Henry is next.  Behind Henry we see Theodore Page.  My grandfather is on the end.  Is he still holding the mystery object from the other photo? 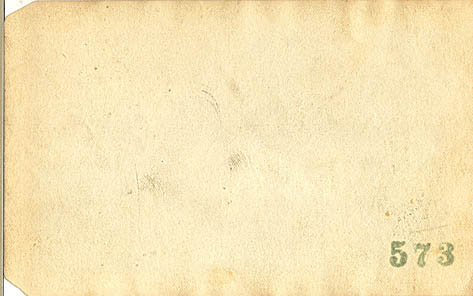 With this new information I will begin sorting, and scanning the box of photos in the near future.