I am the first daughter, born during a thunderstorm in the middle of the night. 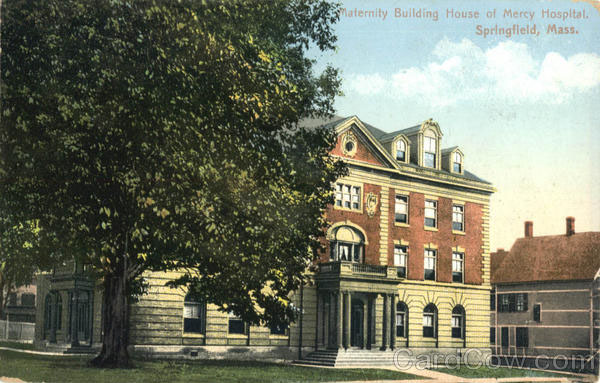 I was born at Mercy Hospital in Springfield, Massachusetts, August 30, 1946. My parents arrived there the fall of 1945 when my father was chosen as Pastor of St. John’s Congregational Church.  My mother was 23 and my father was 33. Although I was one of the people present in the delivery room, I’ve had to rely on the memories my mother shared with me. 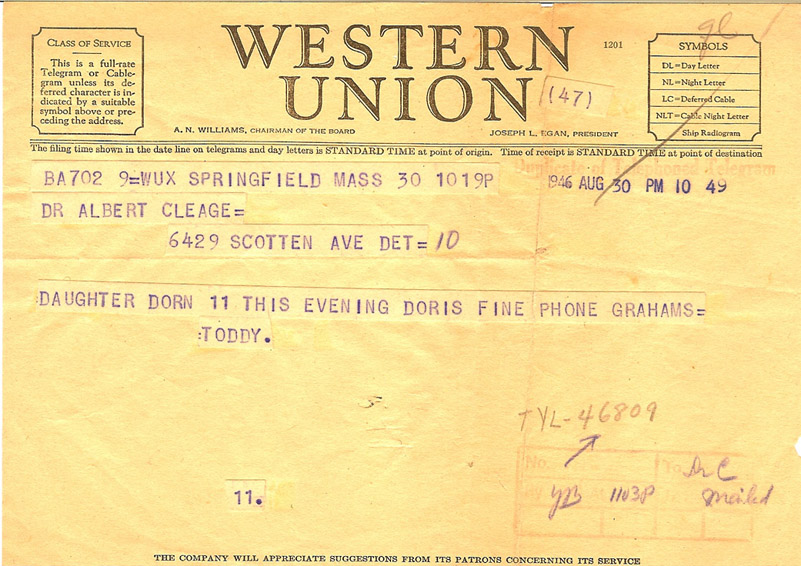 My mother was given a wiff of ether as I crowned so she did not see me born. I had a head full of dark hair, enough that a nurse pulled it up into a little pony tail and tied a ribbon around it. The nurse told my mother that all of the dark hair was going to come out and I would have blond hair. She was right. All of that fell out and I had a small amount of blond hair. It would be years before there was enough to pull up in a ribbon. My eyes were blue/gray. 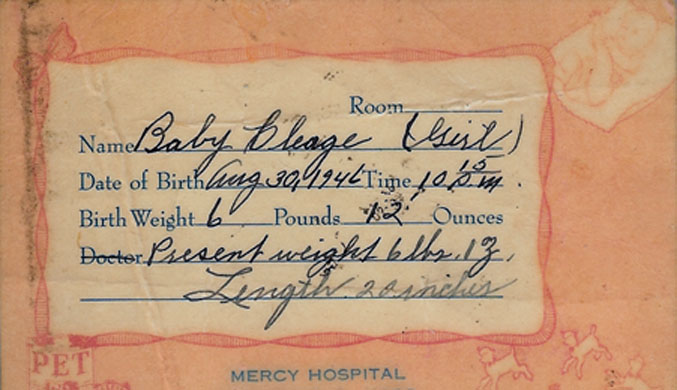 My mother said that she was unable to breast feed me because she had no milk. I always felt very sad about this, not so much for me, but because I think that if I could have gone back in time with what I learned about nursing when my own babies were born, I could have helped her make a go of it.  After ten days in the hospital, we went home. A member of the church, Reginald Funn, drove us to the parsonage because my parents didn’t have a car until I was 8 years old.  Looking at my baby book, there were many visitors and gifts from friends, family and neighbors.

Both of my grandmothers came from Detroit to help out.  I was the first grandchild on my father’s side and the second on my mother’s side. My maternal grandmother, Fannie Graham, had a cold so she was regulated to washing clothes and cooking and other duties that kept her away from me so I would not catch her cold.  My Grandmother Pearl Cleage had the care of me.  My mother said that her pediatrician told her not to give me any water because it would make me drink less milk.  Below is a letter my Grandmother Pearl wrote home about it below.   Poor baby me.

In this letter, Toddy was my father’s family nickname. Louis was his MD brother. Barbara is my father’s oldest sister, left in charge while her mother was in Springfield. 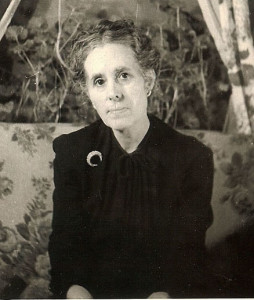 How are you? How are Gladys and Daddy and the boys?

We have had a time with this baby, the first nights and all last week Toddy and I were up all night each night!  She cried and cried and screamed until she would be exhausted and so was I! Last night and today, so far, she has slept a lot better. Before we talked with Louis I’ve put her feedings 3 hours apart, just last night because she acted like she would burst open, with crying. This a.m. we got the Bio Lac and are giving her water regularly too and she is acting 100% better!

When I would have given her water before, they told me her stomach would not hold it and food and had me stop her feeding at about 3 ounces, for fear she couldn’t hold it all, not to feed her too much, and Kris just starving to pieces! I did as they told me until I said I was going to talk to Louis because I had never seen a baby eat and be dry and then just act like she was starving to death and never sleep!

I regret that nobody took any photographs of little me with either of my grandmothers. 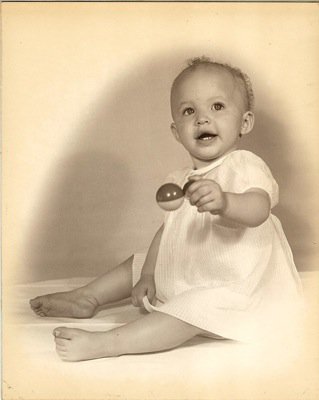 Two excerpts from a letter my father wrote home in January. Actually, I did look like him, and more and more so as the years passed until now, if he were still here, we could pass as twins.

“…Doris and Kris welcomed in the New Year in their own inimitable way…at home. They got out only once during the holiday…on Christmas day we went to a Turkey dinner at the Funns. We had a tree “for Kris (and Doris) which Kris ignored…disdainfully.  Our double-octet went out caroling to the hospital Christmas eve (yes Louis, for the white folks) and came back by and sang carols for us afterwards. Kris listened to them with her usual disdain…and they all agreed that “she is the most sophisticated looking baby they had ever seen!”

“…. She loves to play from 2 until 4 a.m. She had the sniffles for part of one day…but seems to have so far avoided a serious cold…even with us and the rest of Springfield down with Flu, Grip and everything else… She weigh 11:4 (last week) She’s learned to yell or scream or something…and will scream at you for hours if you’ll scream back (Just like M-V) and seems to love it…then after an hour or so…her screaming will shift into a wild crying…and then she must be picked up and played with for several more hours…SHE LOVES ATTENTION…No, mama, we do not let her cry…and her navel seems to be doing O.K.  AND SHE DOES NOT LOOK LIKE ME! All reports not withstanding!”

“Kris (with her 2 teeth) says anytime for you all laughing at her bald head – I fear it’ll be covered all too soon with first one thing and then another.”

March 31, 1947 – From a letter to the Cleage’s from a friend of my parents in Springfield

“Last night at home, Kris had quite a time with her teeth and I think Doris was quite anxious.  Reverend Cleage had to leave for Loring before Kris really let go so he didn’t know how much the baby suffered.  I know it won’t last long, tho’ for mother says some teeth give more pain than others, but it is soon over with.”

From an April 7, 1947 letter my father sister Gladys wrote home while visiting Springfield.

“Kris is no good- but cute! Head’s not like the picture – kids! I definitely have no way with babies – I have truly lived!”

“… Doris went to a reception today and I watched Kris. I tricked her, I played some soft music on the radio and waltzed around the room with her a few times, then eased into a rocking chair and first thing she knew she was asleep – so I put her in her crib and the next thing she knew Doris was home waking her to feed her.”

I seem to have done fine, as you can see below, with my dirty bare feet I am sitting on the porch with my father’s father and my parents. I started walking at 9 months and my first words were – “Bow wow.” soon followed by “Some manners if you please!”  My mother said that people didn’t usually understand what I was saying when I came out with that.

You can read the front page of the Springfield Republican for the day I was born here.