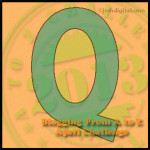 This is the seventeenth post for the April A-Z Challenge.  Finding a small New Testament, inscribed to Jacob Graham, in my grandfather Mershell C. Graham’s belongings, raised questions that I am still trying to answer. To read what I wrote earlier, follow this link, Jacob Graham. Today I am going to write about Zachries and Abraham Graham. Annie will get her own post soon. There is not much to write about Zachries, because  I can’t find Zachries, Zakries, Zakery or Zak* anywhere, before or after 1900.

My first thought after finding Jacob Graham in the 1900 census in the household with Zachries, Annie and Abraham, was that, maybe Abraham was my grandfather being called by another name. I began to track him through the census records.

Abraham Graham was born about 1887 in Elmore County, Alabama, although he always listed place of birth as “Montgomery”.  He completed 8th grade before moving to Nashville, Tennessee, where he worked in various jobs as a laborer.  He was light enough to be mistaken for white, of medium height, slender, with grey eyes and dark brown hair.

Perhaps Abraham met his future wife, Pinkie Dorothy Holt while living in Nashville, where she was born and grew up. Or they could have met after both moved to Cleveland, Ohio. At any rate, in 1923, they were married in Cleveland, Ohio. He listed his parents as William Graham and Mary Jackson on the Marriage License.  My grandfather listed William Graham and Mary Jackson on his delayed birth record as his parents.

Abraham continued to work as a laborer. He and his wife rented a house at 2278 E. 87th Street, where they lived for over ten years. They turned it into a boarding house, Dorothy ran it while Abraham worked as a truck driver. The house was full of her family and four or five lodgers.  In 1940 there were 11 people living with them. They didn’t have any children. Follow this link to see them in the 1940 census.

In 1942, Abraham filled out his WW2 draft registration card from the Edwin Shaw Sanatorium. He was already  suffering with the tuberculous that eventually killed him. He was described as 5 ft 11 in, 140 lbs with a sallow complexion, blue eyes and black hair. Race was first listed as “white”, crossed out and a check placed by “Negro”.

My grandfather’s description on his WW2 draft registration card: Race is checked as “white”. He complexion was light, height was 5 ft 9 in., weight 135 lbs with gray eyes and brown hair.

In May of 1943, Abraham’s wife, Pinkie Dorothy died of atypical pneumonia, sometimes called “walking pneumonia”.  Katie Mayhue, one of the lodgers, was the informant on the death certificate.

On October 29, 1948 Abraham Graham died of tuberculous at the Edwin Shaw Sanatorium.  His parents are, again, listed as William Graham and Mary Jackson. 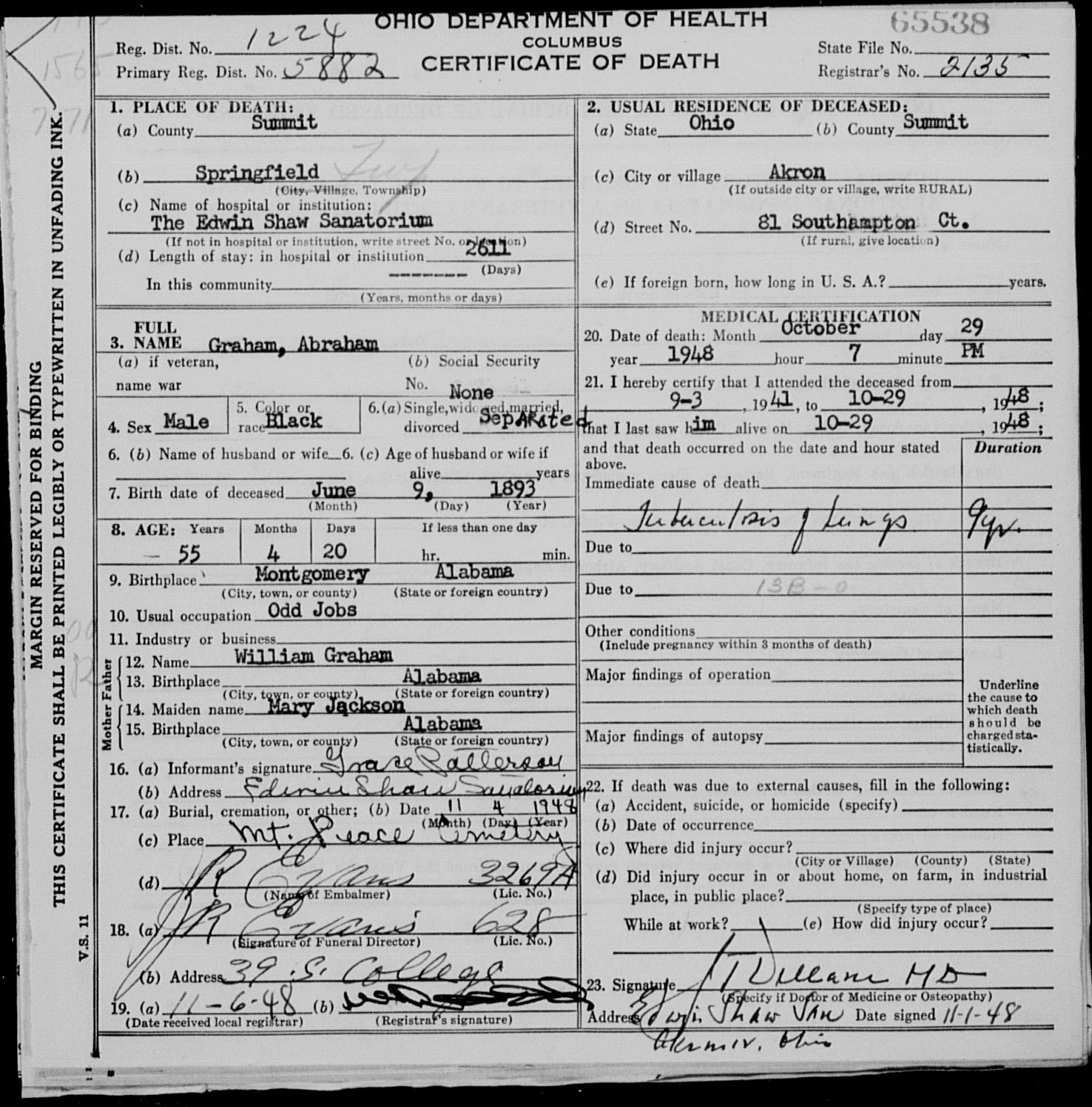 13 thoughts on “Q is for Questions, Questions and More Questions”