This photograph was taken in the alley beside my  grandparent’s house on Theodore in Detroit in 1937.  My grandfather, Mershell, was 47.  He stands here with his daughters dressed for church. He worked at the Ford Rouge Plant, taking the street car to work everyday and saving the car for going to church and other weekend activities.  Mary Virginia, my mother’s older sister, was 17 and a senior at Eastern High School, on East Grand Blvd within walking distance of the house.  She graduated in June and in September went to Business College where she excelled in typing.  My mother was 14. She graduated from Barbour Intermediate School that year and joined her sister at Eastern High School.  Here are their report cards from that year.

Meanwhile, a lot going on in the world in 1937. The montage below contains photographs of some. The Memorial Day Massacre when Chicago police shot and beat union marchers who were organizing at Republic Steel Plant. Ten workers died. Amelia Earhart flew off and disappeared. The German Luftwaffe bombed Guernica, Spain during the Spanish Civil War in support of Franco and inspired the painting of the same name by Picasso .  The Japanese invaded China, killing and raping thousands. Roosevelt was re-elected. The Hobbit was published. Gone With the Wind won the Pulitzer prize for Margaret Mitchell. The first animated full length film, Snow White came out. An anti-lynching law was passed.  The Golden Gate Bridge was completed and opened with a day for pedestrians to walk across.  Buchenwald concentration camp was build. The Hindenburg exploded and burned. King George VI’s coronation took place.  Auto workers in Flint, Michigan won recognition for the UAW after a prolonged sit down strike.  The Mississippi and Ohio Rivers flooded leaving devastation and death behind.  Ethiopia was now in the hands of fascist Italy. 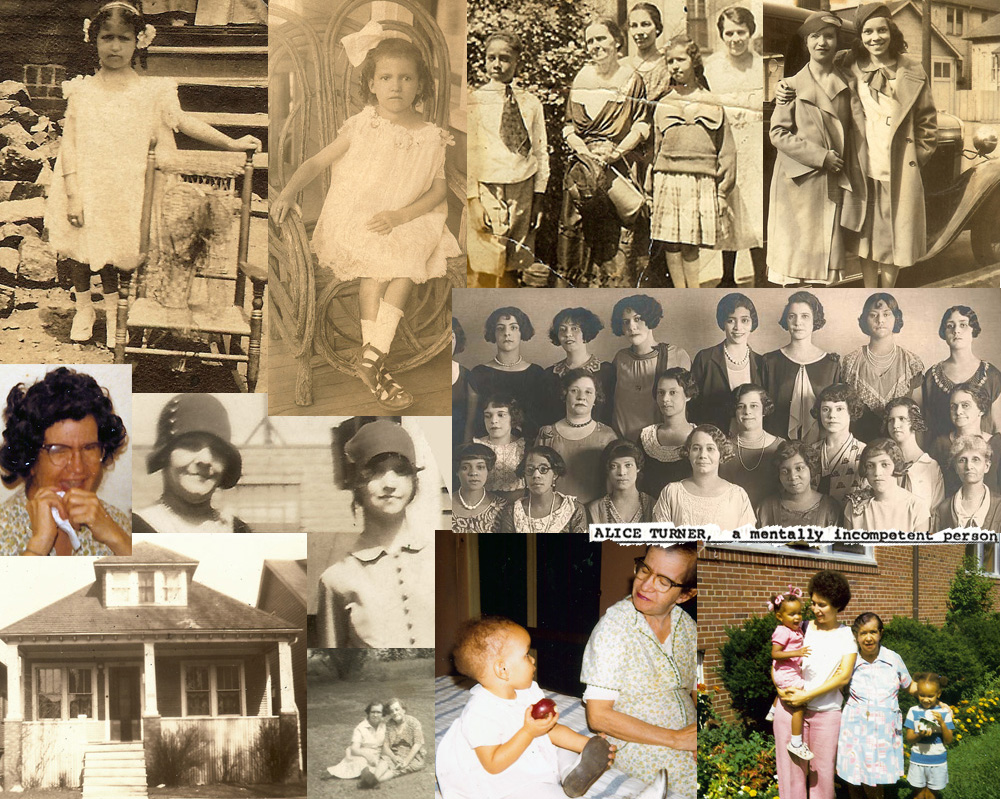 1973 September 6 – Brother-in-law Mershell Graham Sr dies (Alice’s brother-in-law)
1973 – Sister Fannie has a stroke and is moved to a nursing home. Alice is moved to senior housing.