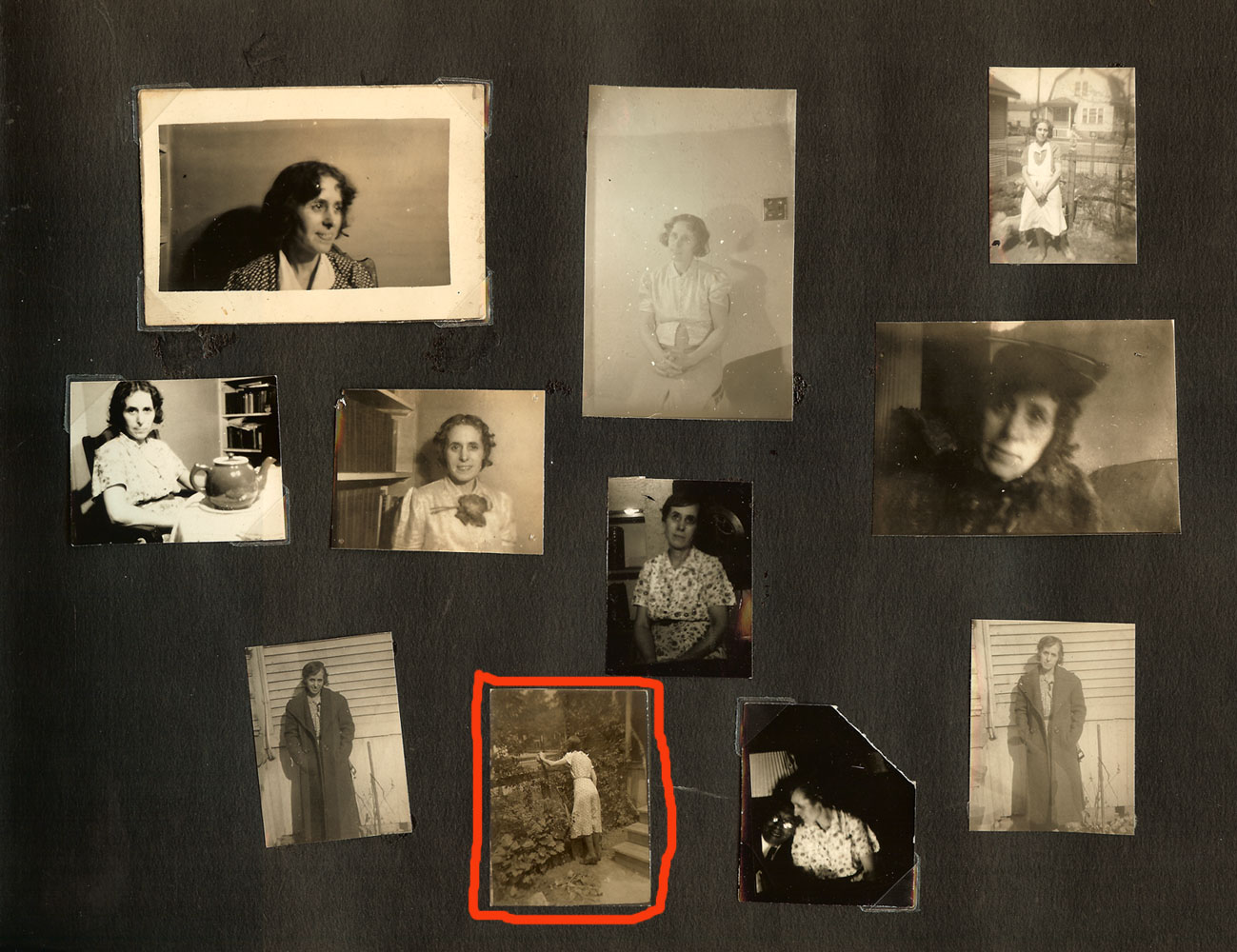 This is my grandmother’s page from the “Black Album”. The photographs are the actual size you see if you enlarge the photograph above. They seems to have been cut from a proof page. Every member of the family except the youngest, Anna, had a page.  Judging by the ages of the people in the book I think they were taken about 1935 – 1937. My grandmother would have been about 50. 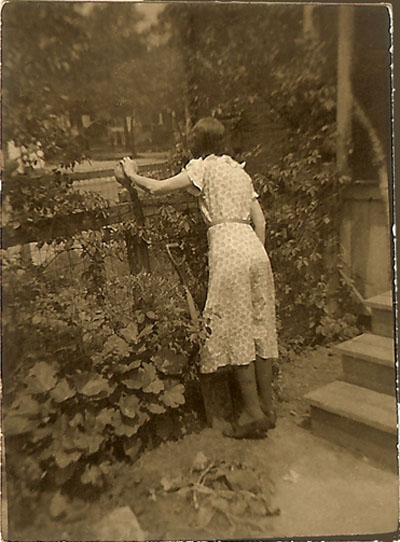 The prompt this week shows a man facing away from us and leaning on the top of a truck. In my photograph my grandmother is leaning on the backyard fence of the house on Scotten. There is a spade in front of her and a pile of leaves behind. It looks like she was working with her plants. I remember my uncle Louis telling me once, after she was dead and he was old and not very well, that his mother always had the most beautiful flowers and that she would save the geraniums from year to year and they thrived.  We were sitting in back of his cottage in Idlewild and looking at the geraniums and petunias his sister Gladys had planted in some flower boxes.  The house on Scotten is a vacant lot now. Strangers live in the cottage in Idlewild.