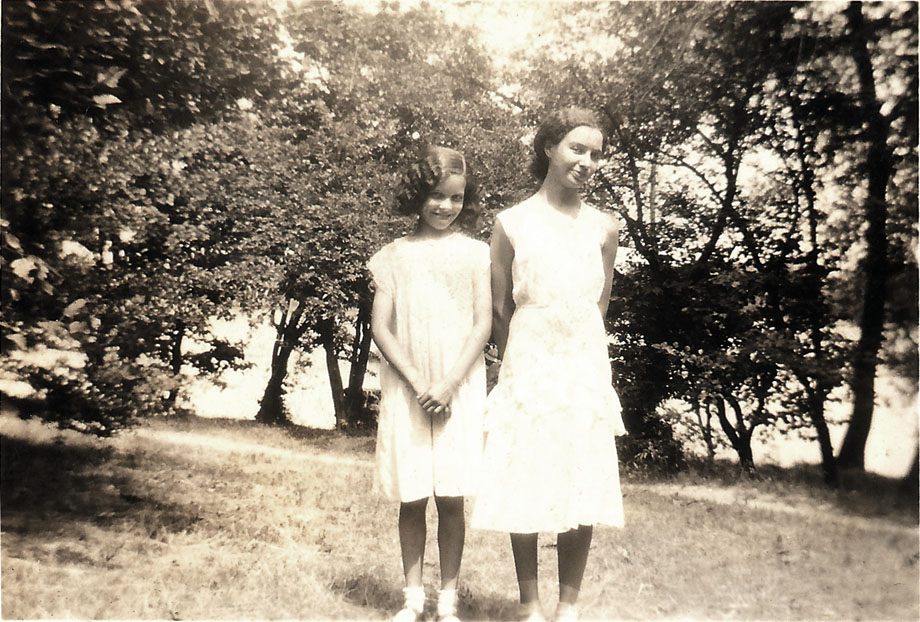 This photo of my mother, Doris  and her sister, Mary V. Graham was taken in 1933.  My mother was 10 years old and her sister was 13 years old. The photograph was taken on Belle Isle, an island park in the Detroit River between Detroit and Canada. You can see the river in the background.

They lived with their parents, Fannie and Mershell on Theodore Street. My grandfather worked at Ford Motor Co. at the River Rouge Plant. They had a dog named Bonzo. Their little brother, Howard, had died the year before from complications of diabetes and scarlet fever.