My first elementary school, Brady, was on Joy Road and Lawton.  I remember walking  past Sacred Heart Seminary for a deserted Joy Road block to get there.

When I was in college I worked on several of my father’s political campaigns. I remember passing out campaign literature across from Brady Elementary school, where the voting was taking place. I was wearing a white shirtwaist dress I only wore as a freshman and it was hot so it must have been the 1965 election when my father ran for Detroit Common Council. He never won any of the offices he ran for and did it for educational 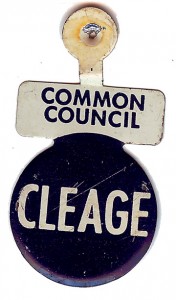 purposes. There were no other people passing out campaign material.  I don’t even remember any voters. I do remember one man in a suit who tried to convince me that I could earn a lot of money as a prostitute. I told him I wasn’t interested and eventually he left. When my ride picked me up later I told them I was through for the day. I wasn’t afraid, but it was very weird and unpleasant.

Also in 1965 while a student at Wayne State University I attended a few Kiswahili classes that were held in a building on Joy Road at Grand River. My mother came to pick me up and said it was no place for me to be. That is why I speak no Swahili today. Robert Higgins was the only other student. The teacher was from Kenya and a very nice, soft spoken man.  I can’t remember his name.

Sometimes I took the Joy Road bus instead of walking home from the Dexter bus stop. The bus stop was right across the street from the Grand River-Dexter bus stop on Tireman. The bus turned down Beechwood and dropped me off two blocks from home.

I found this description in my journal from June 25, 1969. It is  the only piece I’ve ever written about a bus. I don’t know why I found the ride funny instead of being terrified.

Yesterday, on the way to a photo show, I was on the Clairmont bus on Joy Road.  the driver was crazy, he acted like he was taking a somebody to the hospital,  weaving the bus in and out between cars.  that was bad enough – old ladies rocking, weaving and falling, when suddenly a red light backs up traffic. He pulled belligerently into the lane of oncoming traffic, which lucky for us was empty at the time, and raced 2 blocks in the wrong lane to bully his way in front of some poor car when the light changed. I was cracking up. Other people weren’t, just me.  I couldn’t control myself laughing, mouth open, gasping for breath. they probably thought I had lost my mind. So ridiculous, can’t even imagine a regular car doing that. I just don’t know, I really don’t. 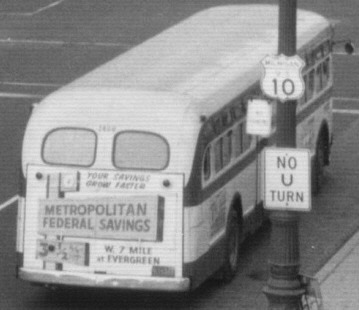