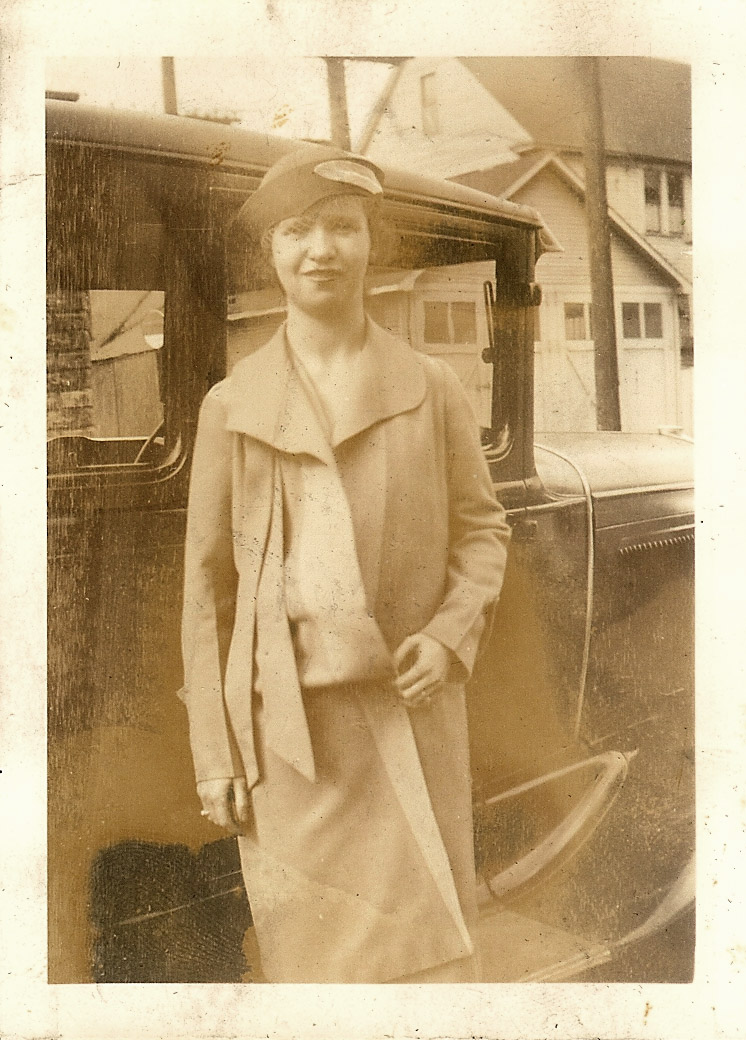 Alice was my grandmother, Fannie’s youngest sister.   I knew that Alice was my grandmother’s half sister and had a different father but all I’d ever heard was what my mother wrote me about him,
“Grandmother stayed single until she was about 37 or 38 when she married someone Mother hated – looked Italian, hardly ever worked.  Liked a good time. Fathered Alice and left when she was very small.  Somehow when mother spoke of him I had the feeling he would have like to have taken advantage of her.  She was about 20 and had given up two college scholarships to stay and help Grandmother.” 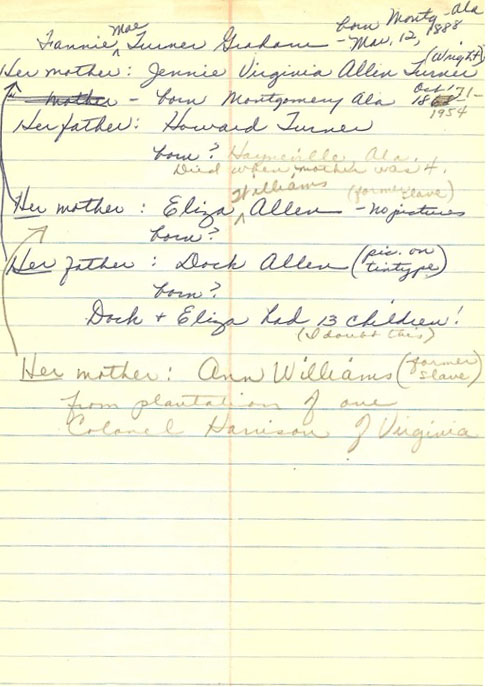 And then his name on the chart my mother wrote out for me that has “Wright” squeezed in after my great grandmother Jennie’s name.  At one time I was hopeful of finding him with the family in the 1910 census since Alice was born in 1908 in Montgomery. But, no, he was already gone.  I looked for Wright’s nearby and there was a Sallie Wright on the same page but I couldn’t find any connection to her and a Mr. Wright.  I sent for Alice’s death certificate and her social security application hoping for more information about Mr. Wright. 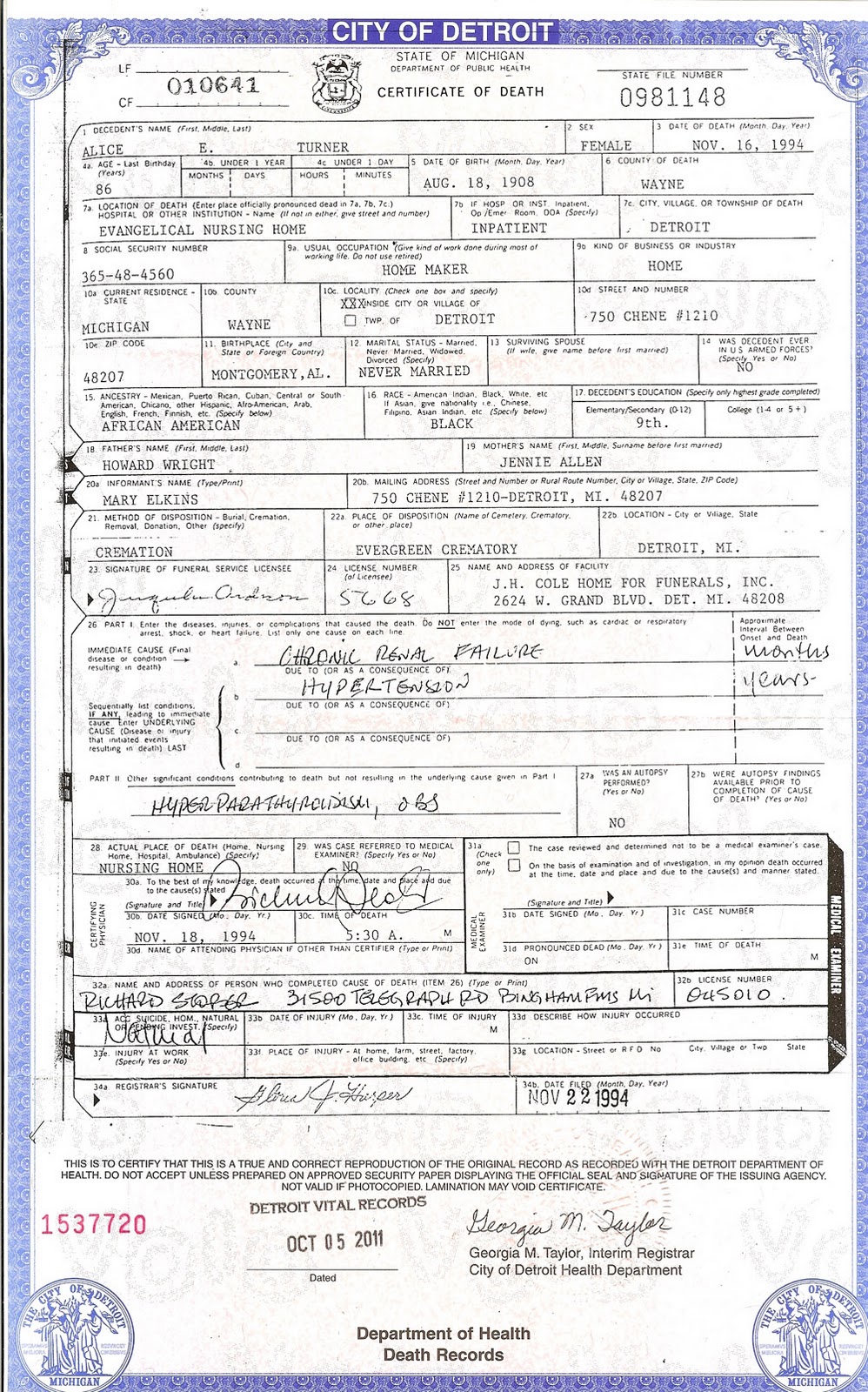 I received the Death Certificate first.  My Aunt Mary V. was the informant. I saw that Alice’s father’s name was given as “Howard Wright”. I doubted it. Jennie Allen Turner Wright’s first husband was Howard Turner. Possibly Mary V. didn’t remember his actual name and so put in Howard.  I looked for Howard Wright and found none born in North Carolina and in Alabama during the time. 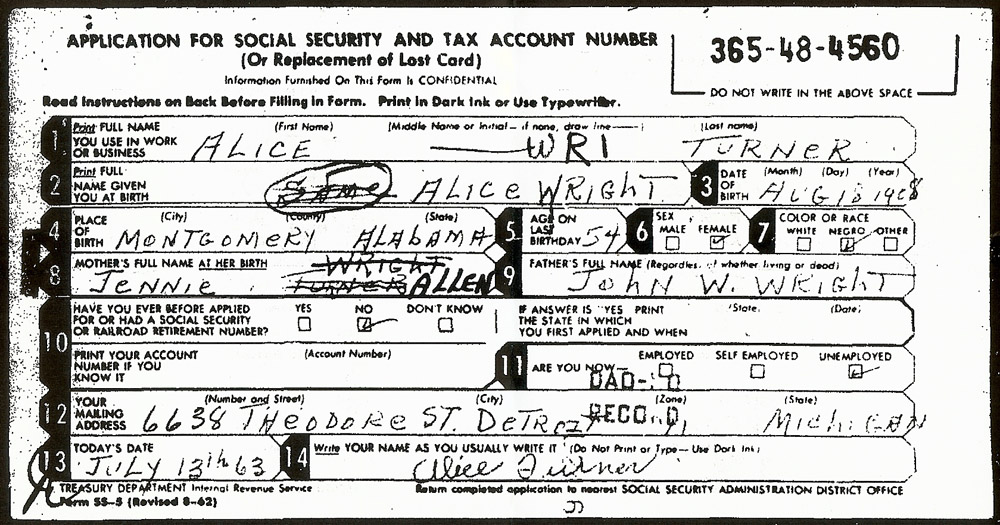 A few days ago Alice’s Social Security Application arrived.  It looks like my grandmother Fannie helped or corrected Alice’s form. By the time she filled this out, Alice’s mother and other sister, Daisy, were dead. She was living with my grandparents, Fannie and Mershell Graham, on Theodore. Her schizophrenia had been recognized or surfaced and perhaps she applied in order to receive social security payments since she had not worked under social security.  At any rate, there is a whole name on the form – John W. Wright.  I looked for him and found a few John W. Wrights born in NC in Montgomery and the right age range, but no marriage record and never with my great grandmother.  The search continues.