This is a copy of the Bill of Sale that conveyed my 2 X great grandfather Frank Cleage from David Cleage, Walter Nutter and Elizabeth H. Nutter to Alexander Cleage.  After the death of Samuel Cleage, father of David, Elizabeth and Alexander, died there was some shuffling around of enslaved people, livestock and household property between the siblings.  This is one of three Bills of Sale that I have of those transactions.  The documents are transcribed below. As always, click on them to enlarge.  There was no punctuation in the document and I added none. 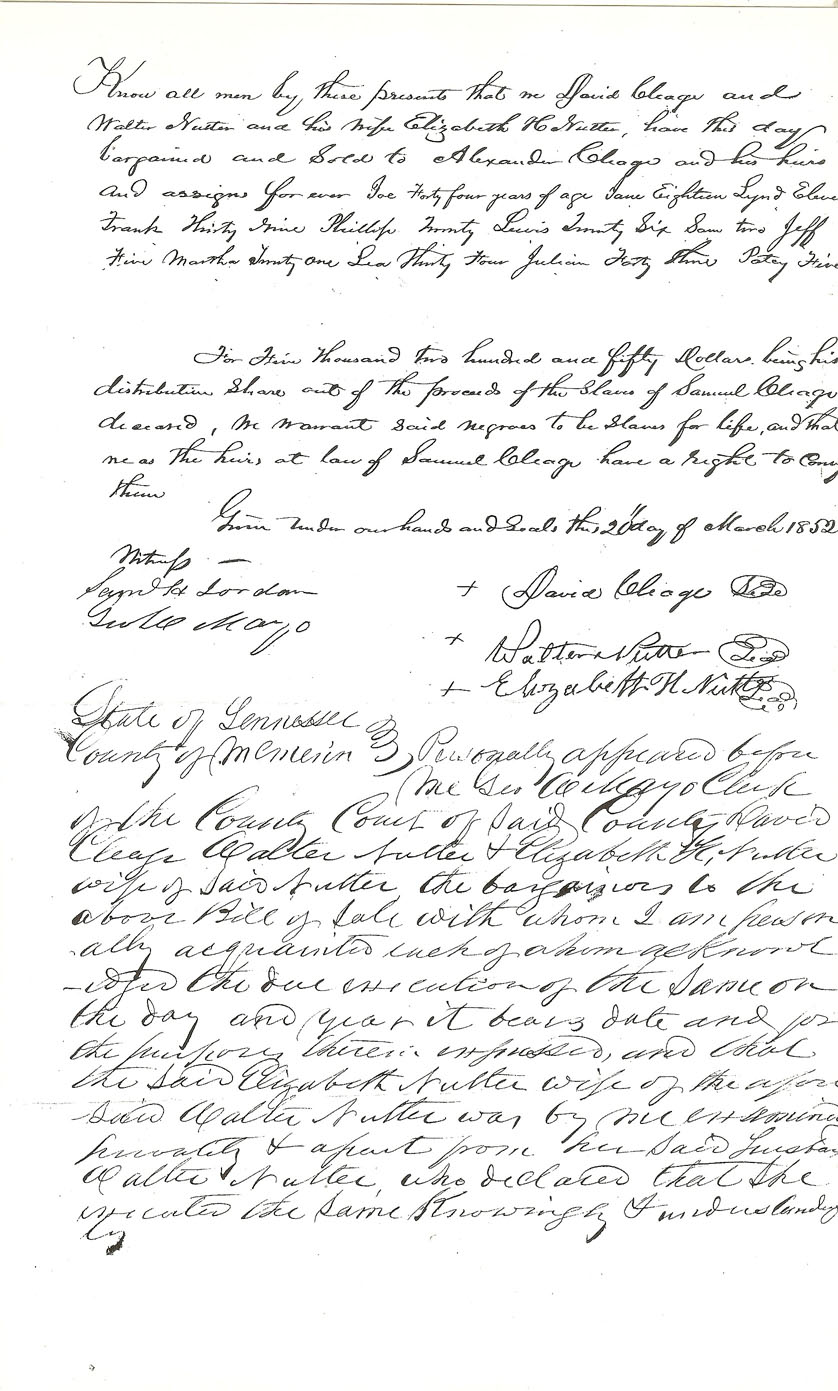 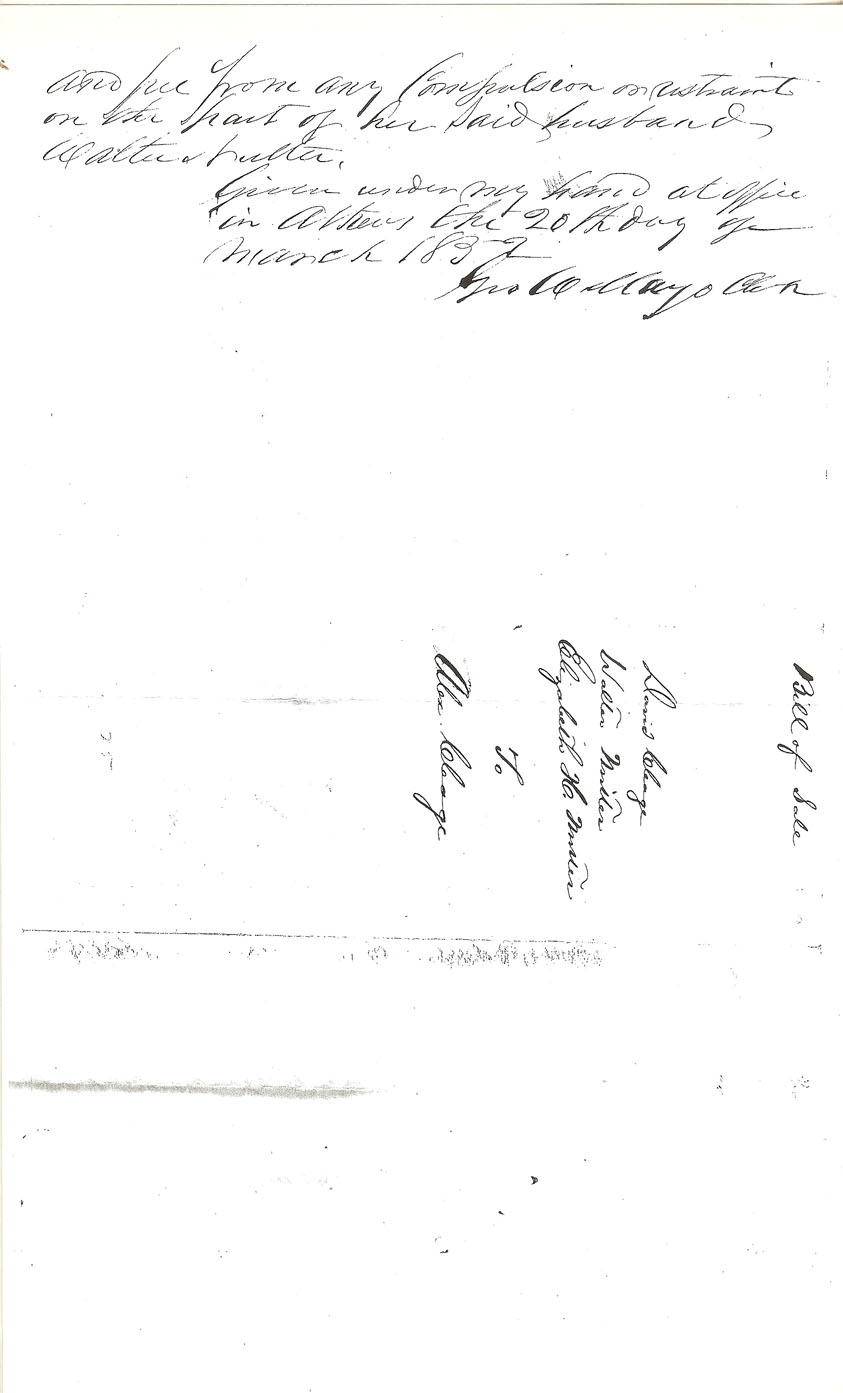