Today’s mugshot is of James Edward Williams, my husband. He was arrested for driving without a license on the Wayne State University campus in March of 1972.  This mugshot was included in his ‘red file’ which included local police files and FBI information from the 1970s.  He was arrested for driving without a license often because he either lost it or forgot it.  He didn’t spend time in jail but was released either with no bail or very low bail.  After we left Detroit, it never happened again. 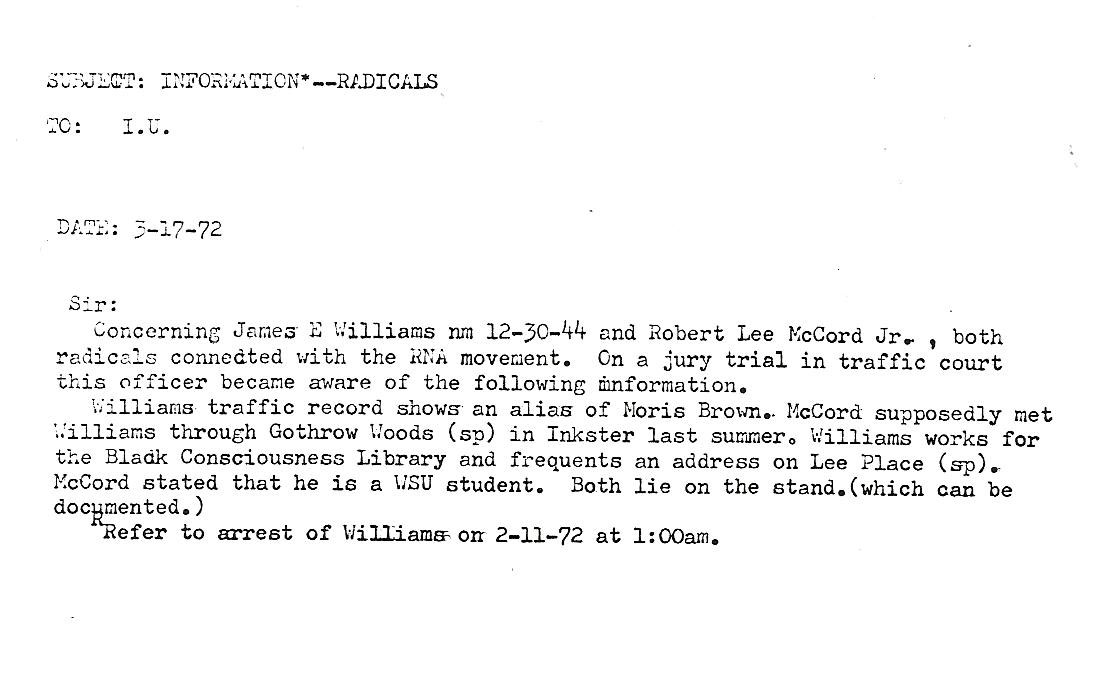