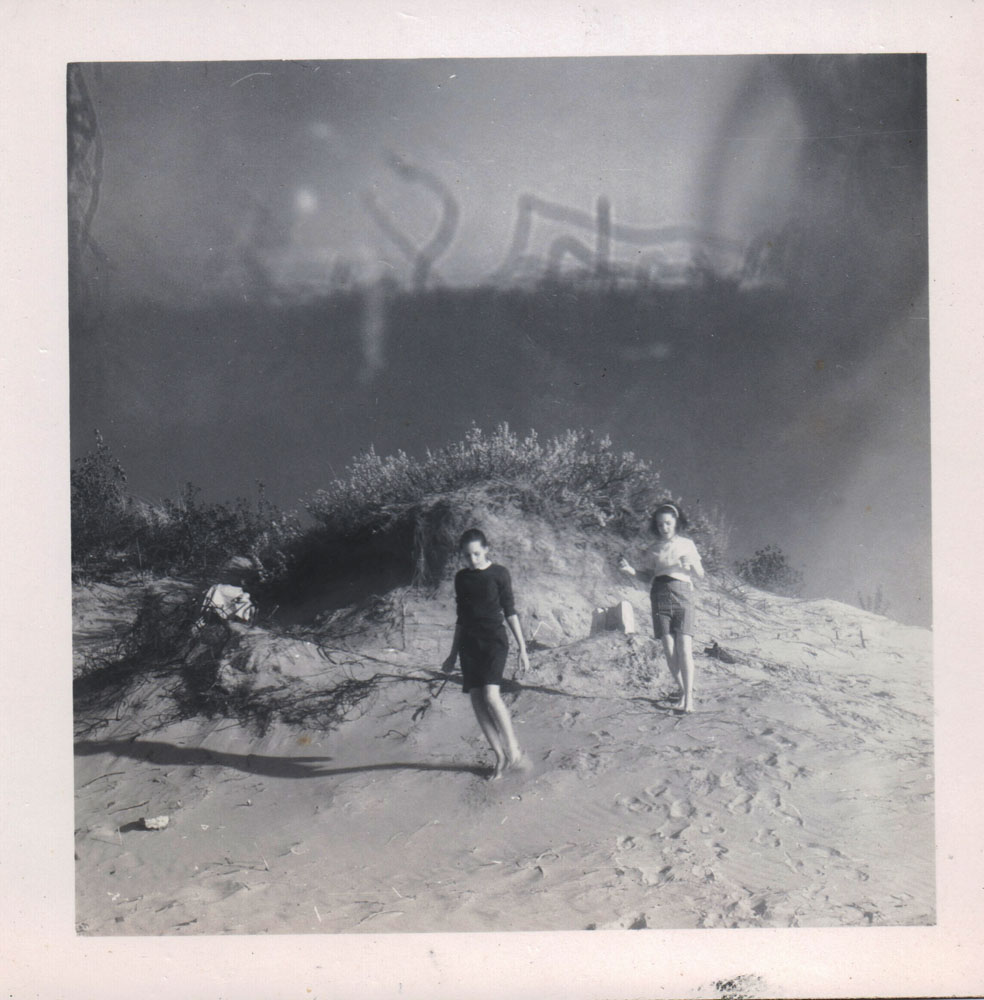 My sister and I running by the dunes at Ipperwash, on Lake Huron in Canada. It was 1960. I was 14 and would start Northwestern High School in September. Pearl was 12 and still at McMicheal Junior High School.  The lake is in the background but the strange distortions at the top make it difficult to tell what is there.

My mother and Uncle Henry had been trying to find a place to spend weekends and vacations out of Detroit. That weekend we had driven through various towns and country to reach Ipperwash. There was a wide beach and cars could drive on it. The beach itself was all open to the public.  I remember the house we looked at was like a big farm house and had beds all over, in the attic and in the several bedrooms.  We spent the night at a cabin the realtor had and left early the next morning. They decided not to buy there because of the cars on the beach and the public.

I remember driving their or home through a rainy day. Looking through the car window at the towns we drove through, everything summer green, but greyed by the gloomy day.