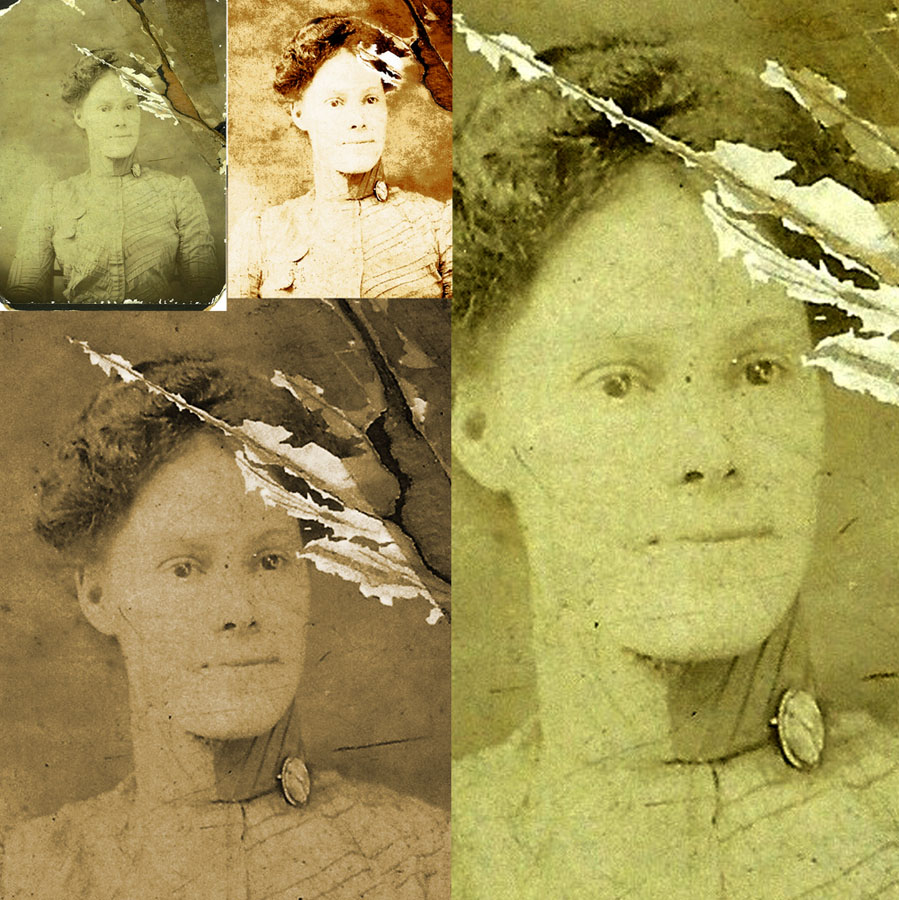 My grandmother’s older sister is wearing a cameo broach here, but is otherwise unadorned.  Lillian Louise Reed was born about 1873 in Lebanon, Kentucky. She was the fourth child of Anna Allen Reed. Her father was Palmer Reed.  In 1889, her sister Sarah married James Busby and moved to Benton Harbor, Michigan. On June 10, 1891, Louise married Michigan native, Solonus Shoemaker, in Berrien County, Michigan. She lived the rest of her life there and died in 1938 at the age of  65. Daughter, Mildred, was born in 1899. Son, Floyd 4 years later in 1903.  She is buried in Chrystal Springs Cemetery in Benton Township, Berrien County. 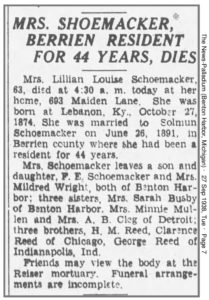 Friends may view the body at the Reiser mortuary. Funeral arrangements are incomplete.”

For other jewelry laden photographs, or in some cases pet laden, visit Sepia Saturday click the photo below of a woman wearing more jewelry than anybody in my family album wore.