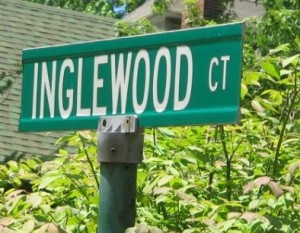 This post continues the series using the Alphabet to go through streets that were significant in my life as part of the Family History Through the Alphabet Challenge.

This is the first street so far that has not been in Detroit. Inglewood Court is in Rockhill Missouri, a suburb of St. Louis. My in-laws moved there about 1969 from Cabanne St. in the city.  The youngest 4 of the 12 children were still living at home.  We first visited in 1971 when our oldest daughter was 9 months old. Linda was 16 and passed her driving test. Micheal was 12 and getting some jokes ready for April Fools day. Monette was 10 and Debbie was 8. Mr. Williams had not started any of the major renovation projects that were ongoing, such as raising the roof and adding a bedroom, adding stairs and then moving them from one place to another, adding an eat in kitchen across the back of the house. Amazing projects that rarely were completed as he would think of a better way to do it before he finished. 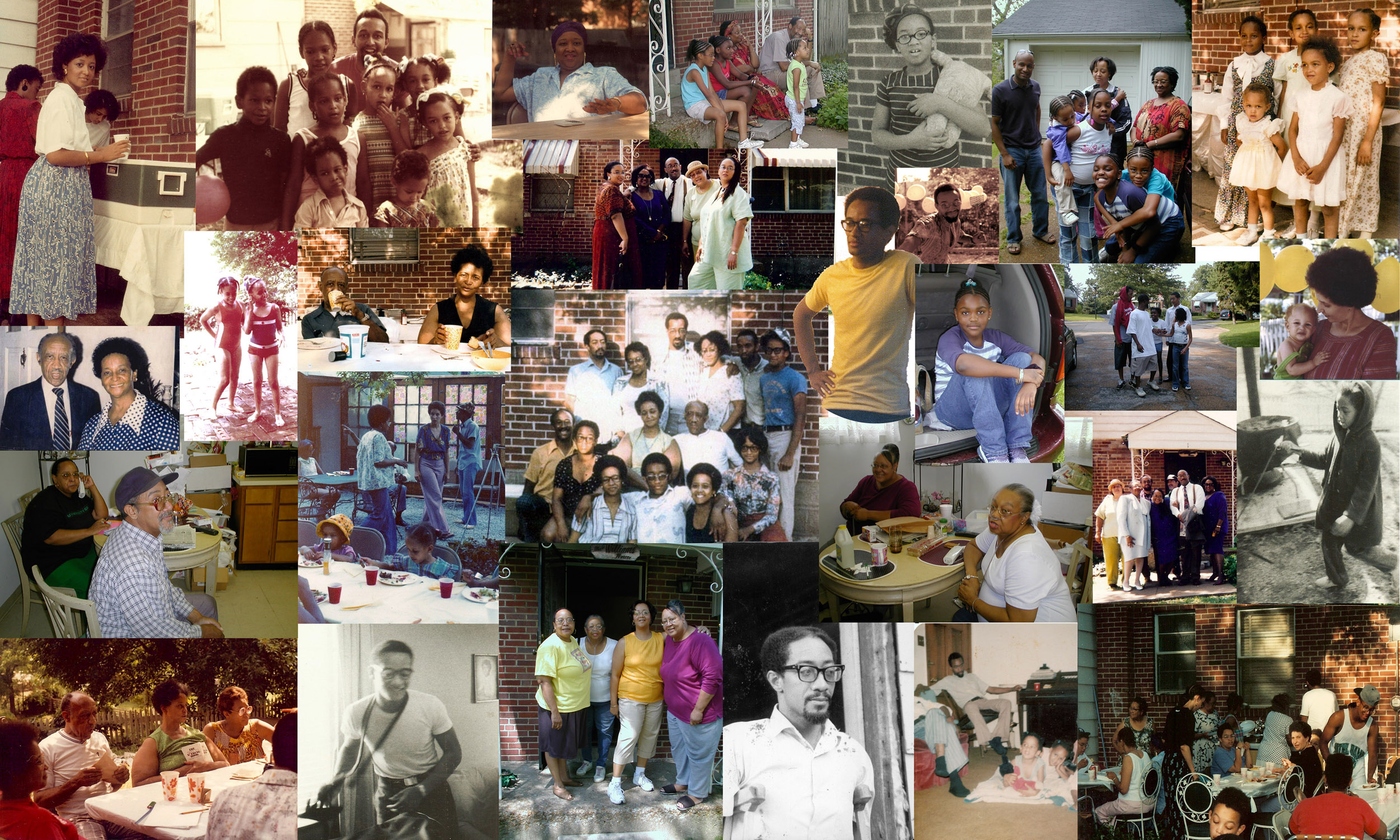 The black and white photos (except the one on the bottom row, 4th from the right of my brother-in-law Chester) were taken on my first visit in 1971. The other were taken over the years at family reunions. Babies were born. We lost my in-laws and three of their sons. The grandchildren – my generations children – grew up and started another generation. We who were in our twenties and thirties when the reunions started are now older then my husband’s parents were. My children are older than I was then. 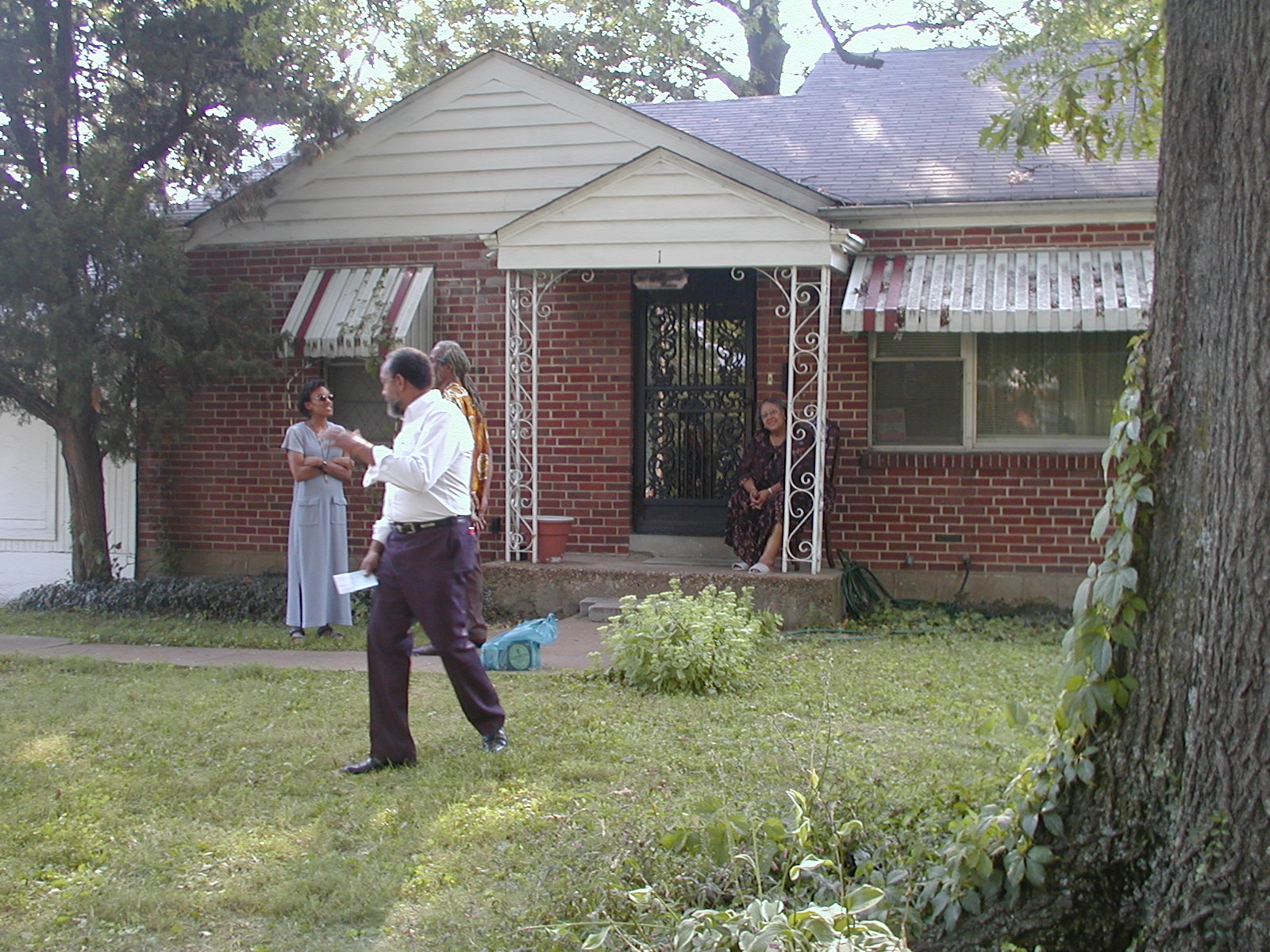 My husband crossing the lawn in 2004. Soon after, the house, along with all the others in the cul-de-sac were condemned so that a shopping mall and parking lot could be built. 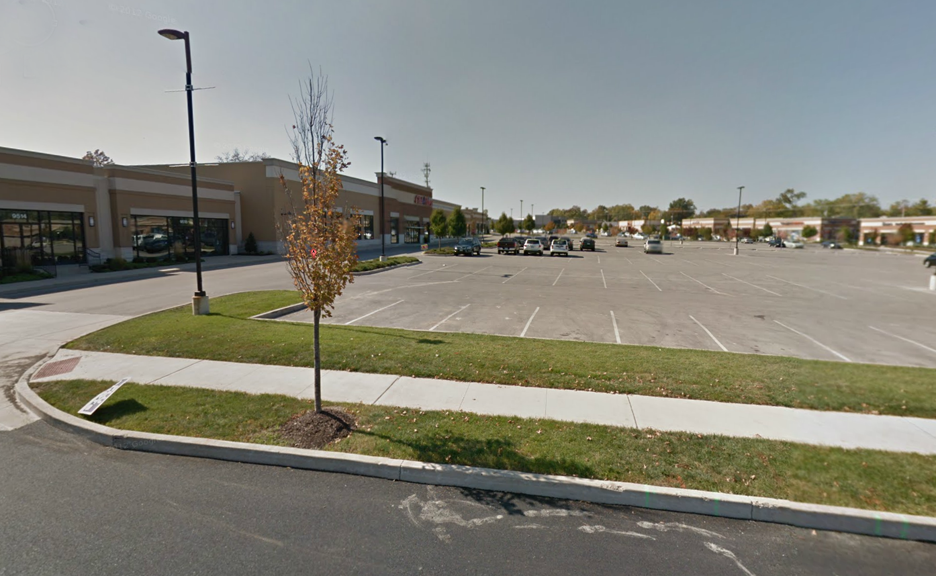 Here is how the block looks now.  Very sad as there was nothing wrong with the houses. And there were already many stores and shops in the area.