Inspired by Angela Y. Walton-Raji over at My Ancestor’s Name, I finally did The Ancestor’s Geneameme.

It was started by Geniaus several days ago.
The list should be annotated in the following manner:
Things you have already done or found: bold face type
Things you would like to do or find: italicize (color optional)
Things you haven’t done or found and don’t care to: plain type
You are encouraged to add extra comments in brackets after each item
Which of these apply to you? 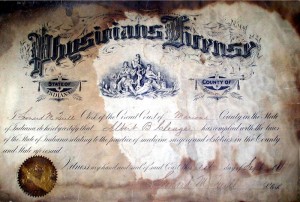 33.  Have an ancestor who was convicted of a criminal offense [Great Grandfather Lewis Cleage spent time in jail for various minor offenses. Other non-direct ancestors spent time in prison.]
34.  Have an ancestor who was a victim of crime [Great grandmother Jennie Allen Turner land was stolen after her husband died. Not to mention those held in slavery for generations.]
35.  Have shared an ancestor’s story online or in a magazine [On my blogs I share them all the time. More to come.]
36.  Have published a family history online or in print [The blogs are sort of a serial history but I hope to do a more organized one, perhaps next year I will start]
37.  Have visited an ancestor’s home from the 19th or earlier centuries [No, but if any are still standing would love to.]
38.  Still have an ancestor’s home from the 19th or earlier centuries in the family [No] 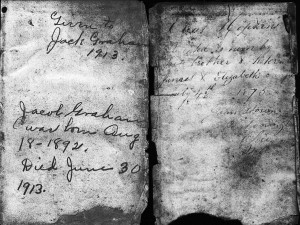 39.  Have a  family bible from the 19th Century [Not a family Bible but I have a pocket New Testament that came to my grandfather, Mershell Graham through his brother Jacob who got it from his doctor who was gifted it by relatives in 1875.]

2 thoughts on “The Ancestors’ Geneameme”