This post was written for the 5th and newly reborn Carnival of African American Genealogy (CoAAG), hosted by Luckie Daniels of  Our Georgia Roots and Our Alabama Roots and founder of  the facebook community African-American Genealogy & Slave  Ancestry Research (AAGSAR).

I decided to write about my maternal grandfather and the church he helped found in 1919, Plymouth Congregational Church. Please click on the images to enlarge them and read the articles below. 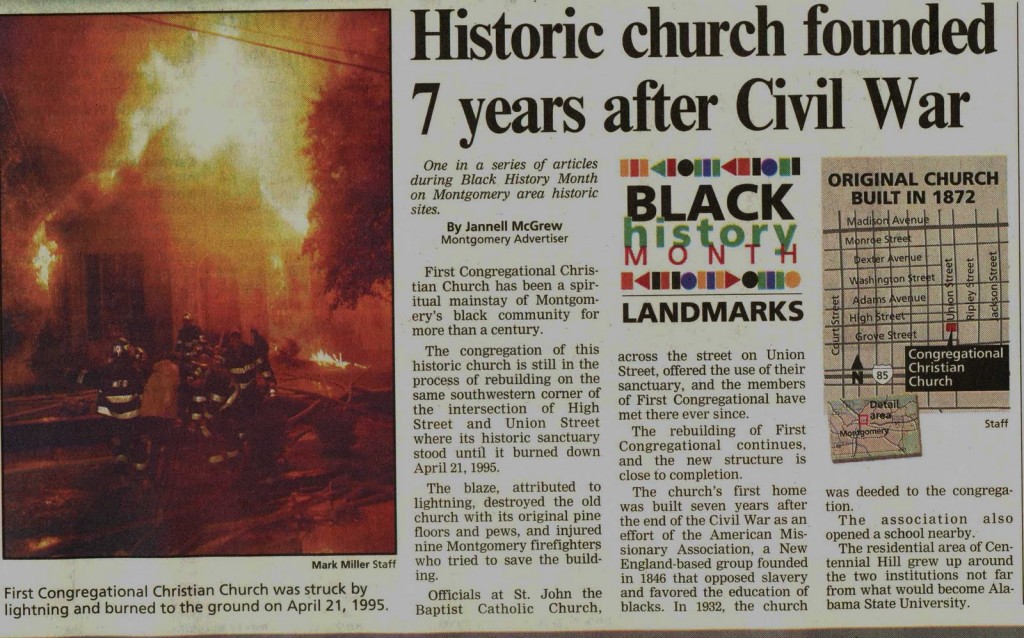 My grandparents, Mershell and Fannie (Turner) Graham met in the First Congregational Christian Church in Montgomery, Alabama. They  were married there by Rev. Scott on June 14, 1919.  After the ceremony, Mershell took his new bride back to Detroit to begin their new life.  One thing that would be familiar was the worship service at the newly formed Plymouth Congregational Church.

When Mershell, migrated to Detroit from Montgomery, AL in 1917, many of his friends,  were also leaving.  In 1919, nine of them gathered together to form Plymouth Congregational Church.  At first they met in members homes and in borrowed and rented spaces.  In 1927 they were able to purchase their own building, a former Synagogue. They moved in May 15, 1927. 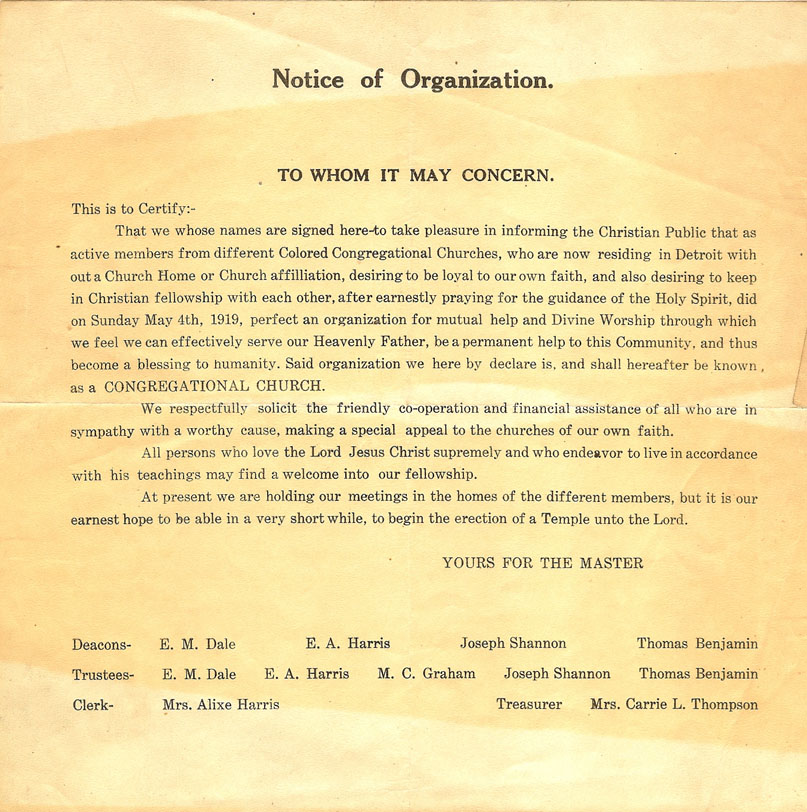 Plymouth had been in the building about 1 year when this photo was taken. My grandfather, Mershell C. Graham, is standing behind his daughters, Mary V. and Doris (my mother).  Their cousin, Margaret McCall, is standing between them.  They are in the front row, towards the left side of center.  The minister, Rev. Laviscount, is standing behind Mary V.  My grandmother, Fannie, had just given birth to their youngest son, Howard, so she was not able to be there.

Because I attended my father’s church on Sunday’s, I don’t have many memories of sitting in the pews at Plymouth. My memories are of going with my grandfather to fix thing, usually the furnace. My sister and my cousins and I would roam around the empty church while we waited for him to make the repairs.