This is my second post for the April A-Z Challenge. I will be blogging everyday using the letters of the alphabet as a prompt. Today I am going to write about one of my great grandfather’s – Beauford Edmund Avritt.

Beauford Avritt was my father’s mother’s father.  I wrote about her mother, Anna, yesterday. There were few stories passed down about Beauford Avritt in my family. I was told that he was my grandmother’s father, and that he was a “doctor of English extraction”, but advised not to never mention this to her.  My uncles and aunts told me that at some point Anna and her family were having a difficult time and the older sons went to ask him for help.  His reply was “I know nothing about you people.”  My father once mentioned that his own father had not had a middle name and as an adult took the name “Buford” out of respect to Beauford Avritt.  I thought that was pretty strange, given the story that I had heard over the years of knowing nothing about you people.  When I mentioned this to my Aunt Gladys, she said that wasn’t how her father got his middle name. She said that he picked it on his way to Medical school when they passed a town called Buford, before he met my grandmother.

I learned from cousins on my grandmother’s side that my grandmother’s older sister, Minnie, had the middle name of Avritt. Recently I learned that her brother Hugh had gone to California with his family and changed his name to Averrette.  The story about the father of Anna’s four younger children being Beauford Avritt’s was also told in other branches of the family.

For a long time I didn’t claim Beauford Avritt and avoided doing any research beyond the basics. Since he didn’t want to know anything about my grandmother and her siblings, I didn’t care to look for anything about him. After finding Hugh’s family, I became interested in spite of myself. I found the details of his life in various places online. It is from these that I wrote this post.  I don’t have any photographs of Beauford Avritt. I was hopeful today, when I found the archives of the University of Louisville School of Medicine, but so far no luck. I have written them and I’m still hopeful that one will turn up.

Beauford Edmond Avritt was the second of the nine children of John and Elizabeth Marshall Tucker Avritt.  He was born July 21, 1839. His father was a farmer.  The 1840 census is the only one I have found that shows the family owning a slave. There was one female slave under the age of 1 counted with the family.

John and Elizabeth were literate and Beauford and his siblings attended school and were educated. Several of his brothers were farmers, two were lawyers and Beauford was a physician.  He attended the Kentucky School of Medicine, completing in 1866 and University of Louisville, finishing in 1873. 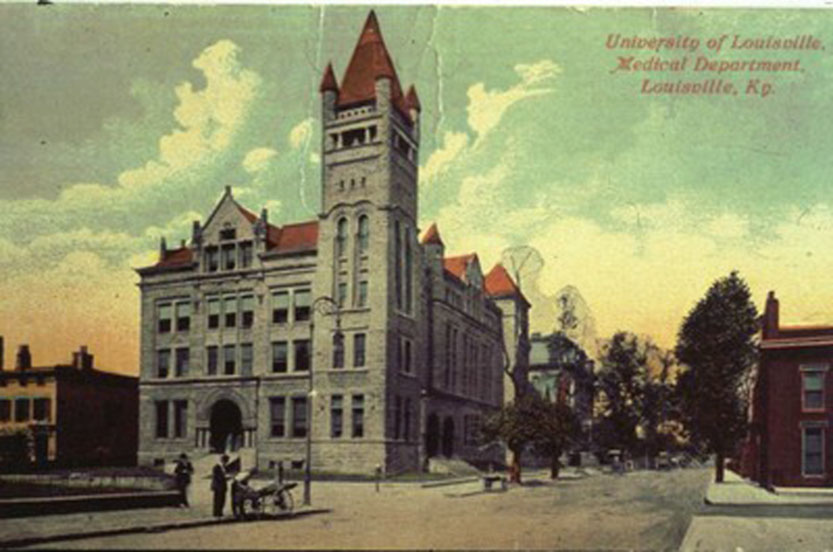 He worked treating the sick during the Cholera Epidemic of 1873. It started at the Marion County Fair in Lebanon and was spread through people coming to and from the fair.  Here is a report made about a case of his during the epidemic from; MARION COUNTY. – NARRATIVE OF THE CHOLERA EPIDEMIC OF 1873.

Charles, a negro (sic) age 35 years, single, after a few hours of diarrhea, was attacked with vomiting and purging, attended with excessive prostration.  Cramps of hands and feet were rapidly developed.  The discharges assumed the rice-water character.  Skin of fingers and toes was shriveled.  he was first seen by Doctor Cleaver at 6 o’clock p.m. of September 10.  The patient was in an old shanty, without any of the comforts of a sick-room.  Some one had made up a bed for him, but at the time of the visit he was alone.  He was placed upon full dose of opium, calomel and bismuth, and Doctor Avritt was asked to take charge of the case.

At 7 o’clock p.m., Doctor Avritt exhibited a full dose of chloroform; continued the powders. At 8 o’clock p.m. the chloroform was repeated, and quinine, gr. ij, was added to the powder already noted.  Finding it impossible to obtain any nurse for this man, Dr. Avritt made him as comfortable as the circumstances would admit; placed by the side of his bed a bucket of ice-water and a glass, and visited him as often as possible during the night.  The vomiting and purging continued during the night, but at lengthening intervals, and as water from the tumbler did not satisfy him, he drank from the bucket as long as he could tilt it to his mouth.  During the night he drank all the water that was provided.  At 6 o’clock a.m., September 11, surface of his body was not so intensely cold, a slight pulse, no vomiting or purging; by noon was fully reacted and on the 13 was able to sit up.”

Beauford never married and as far as I know had no other children.  In 1880 he shared his home in Gravel Switch, Marion County, Kentucky, with a store clerk, C.C. Mines. In 1900 he lived with a widowed relative.  In 1910 and 1920, at 80, he lived alone in Bradfordsville with family living next door and down the street.   The distance between Bradfordsville and Lebanon is about 9 miles.  The distance between Gravel Switch and Lebanon is 11.9 miles.

On July 7, 1926, Beauford Avritt died of “senility”. I have sent for his death certificate but have not received it yet.  He is buried in Ryder Cemetery in Lebanon, Kentucky.  Perhaps one day we will have DNA which will prove this relationship.

Note: DNA has provided proof in the form of DNA ties to descendants of other Avritts.

6 thoughts on “B is for Buford Avritt”