Aunt Abbie, my great grandmother’s sister, lived with my grandparents , Fannie and Mershell Graham since the time I was born. Aunt Abbie’s son, Alphonso, came to visit her sometimes during the summer. My mother told me that he never married and lived alone in New York, as did his brother, Earl.

While looking through New York records for anything I could find about Alphonso or Earl, I came across a marriage record for Alphonso Brown and Helen Wilson. I immediately sent for a copy.  It arrived today.  Aunt Abbie’s son was indeed married Dec. 17, 1928 to Helen Wilson in New York.  More family information/memories proved wrong.  This is my second bachelor uncle to actually have been married. 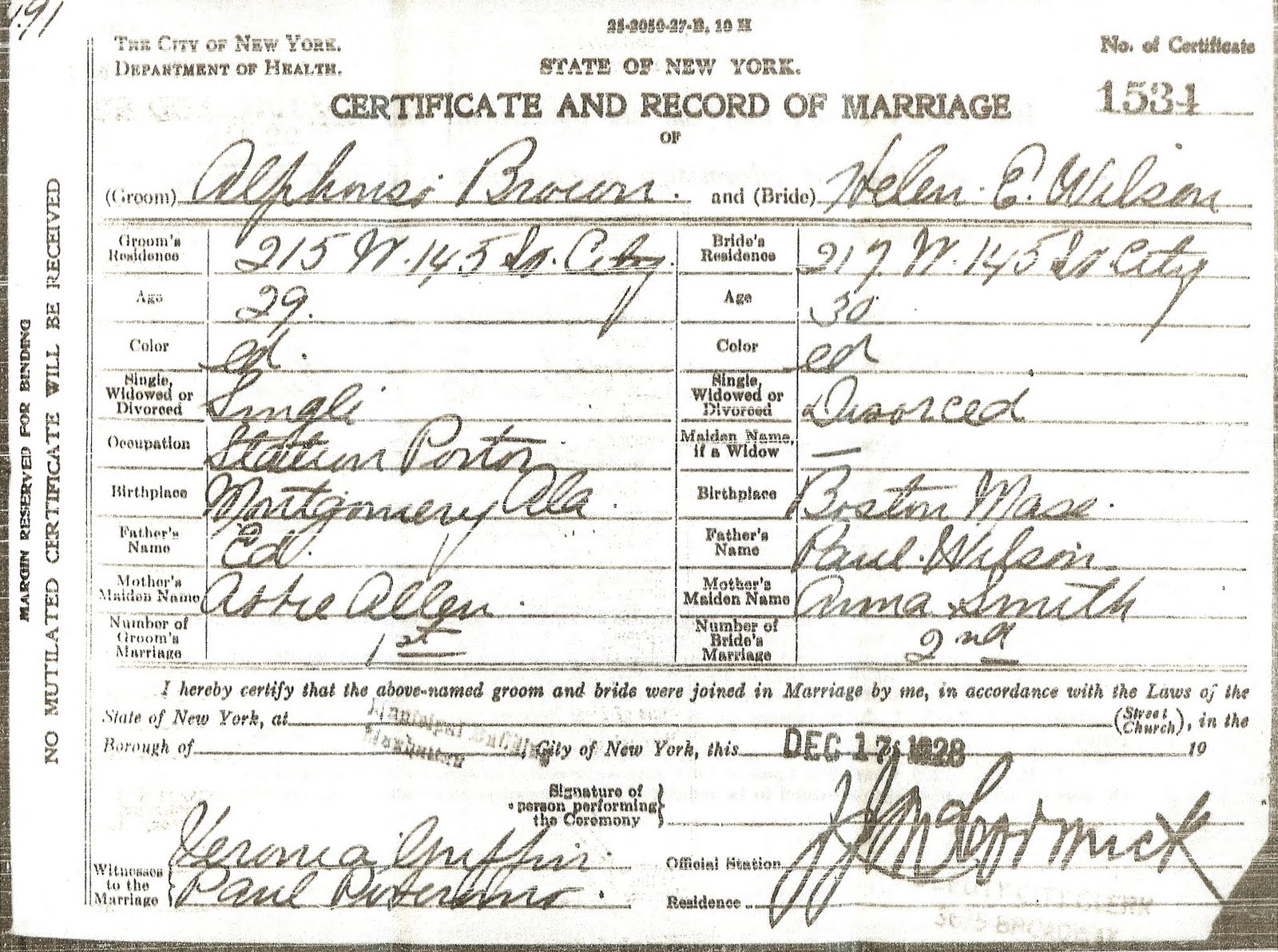