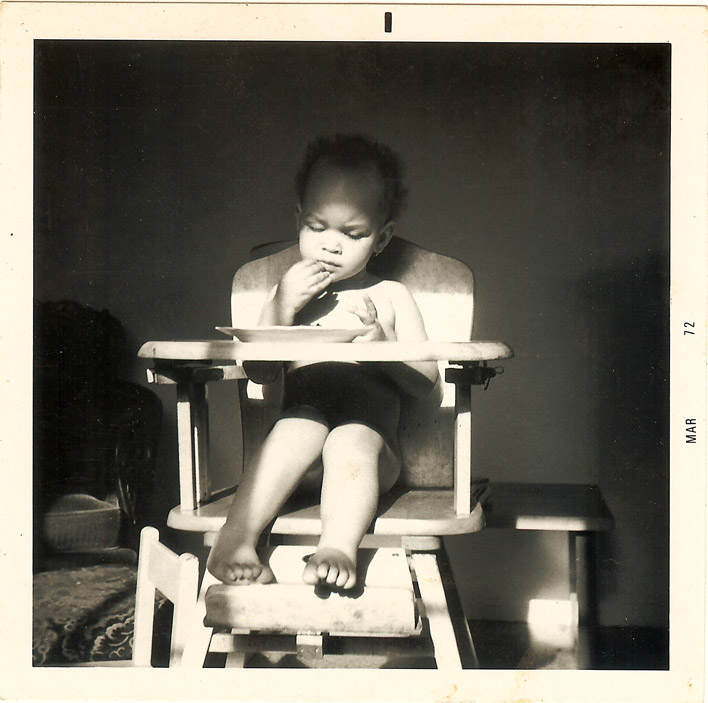 I came across this photograph of my oldest daughter, Jilo, while organizing my photographs. I like the shadows.  This one was in the box marked “Detroit 1966 – 1972”.  We were living in Brewster projects.  I was teaching pre-k at Merrill Palmer Institute, which was within walking distance.  I didn’t drive and walked or took the bus everywhere.  Jim was there part of the time.  He was a community organizer, still running the Black Conscience Library and also working out of a center on 12th Street.  I wasn’t yet pregnant with my second daughter and hadn’t decided to move to Atlanta, where my sister lived.  A year later in March, I would have two daughters and all of us would be living in Atlanta.  I worked with the Institute of the Black World for awhile.  Jim got a job printing with the Atlanta Voice. When he told me I could stop working outside,  I gave notice and stayed home with my six week old and almost three year old.  It was all a long time ago.