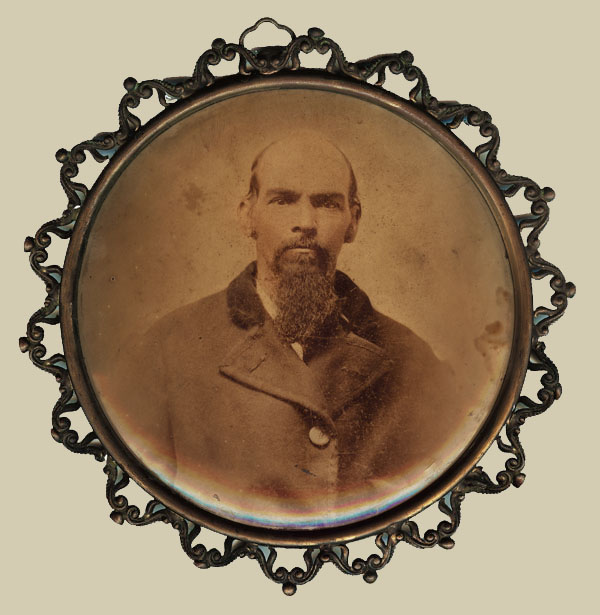 Dock Allen was a white man’s son but not the one he ran away from.  His owner was a mean man who kept vicious dogs so that the slaves would be afraid to run.  Dock decided he was going to escape anyway but he did some things to throw the dogs off of his track. He walked through a wet field of wild ramps. He rubbed himself with them, poured the water on himself and practically rolled around in the field so the onion smell would hide his own.

Further along he came to a farm.  By that time he was very tired so he climbed up into the hay loft and covered himself with hay.  The tracking dogs came and he could feel their breath as they walked over him, but they didn’t find him because of the onion odor.  Eventually they left.

This was the same place where Eliza lived.  Later he decided to give himself up and the white people at the house send a message his master.  When he came to get Dock he said that no one had ever out smarted his dogs and that any man who was smart enough to do that deserved to be free and he freed him.  Dock stayed on that place and married Eliza.

Doc Allen in the record.

I found Dock Allen in in the 1867 voter registration database living in Montgomery, AL.  He appears with his family in the 1870, 1880 and 1900 census in Montgomery.  According to the records he was a carpenter born in Georgia.  He owned his own home.  In the 1900 census he and Eliza had been married 40 years which puts the beginning around 1860.

I have three addresses for him, 237 Clay street, 216 Holt street and finally 444 S. Ripley street where he lived for the five years before he died March 29, 1909 of “inflammatory bowels” after being ill for several weeks.  His mother is listed as Matilda Brewster on his death certificate.  No father is listed. He is buried in Oakwood Cemetery in Montgomery.

I would like to find information about a runaway matching his description in the Dallas/Lowndes county area around 1860.  Probably that will have to wait until I am able to go to Alabama and do some research there.