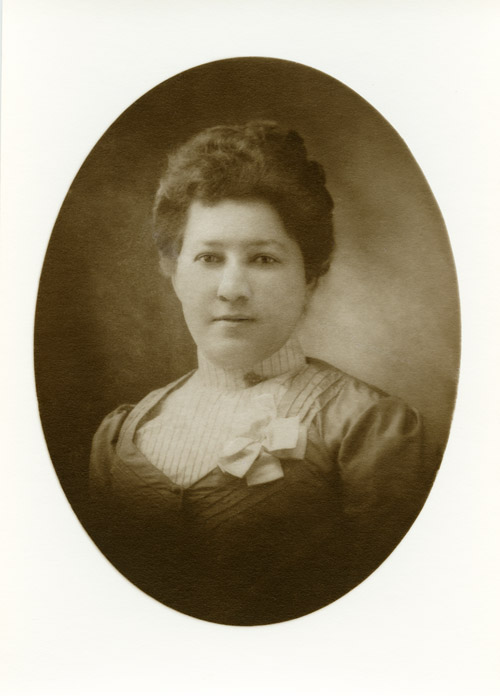 Anna was born in 1869, Eliza’s third daughter and her second one with Dock Allen.  In the 1870 census Anna is listed as one year old.  In the 1880 census she is listed as eleven years old and at school.  By the 1900 census she was no longer living at home and according to oral history had moved to Chicago where she passed for white, got a job as a bank teller and eventually married the bank manager, a widower with children.  The last postcard she sent to my grandmother, Fannie, was sent January, 17, 1945.  She was 76 years old.  I found this card in my grandmother’s well used and well worn Bible along with swatches of hair, church cards and inspirational verses clipped from newspapers. 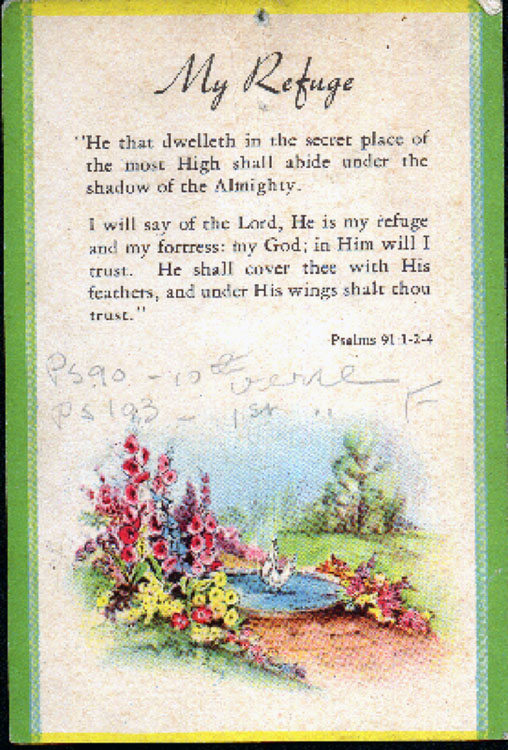 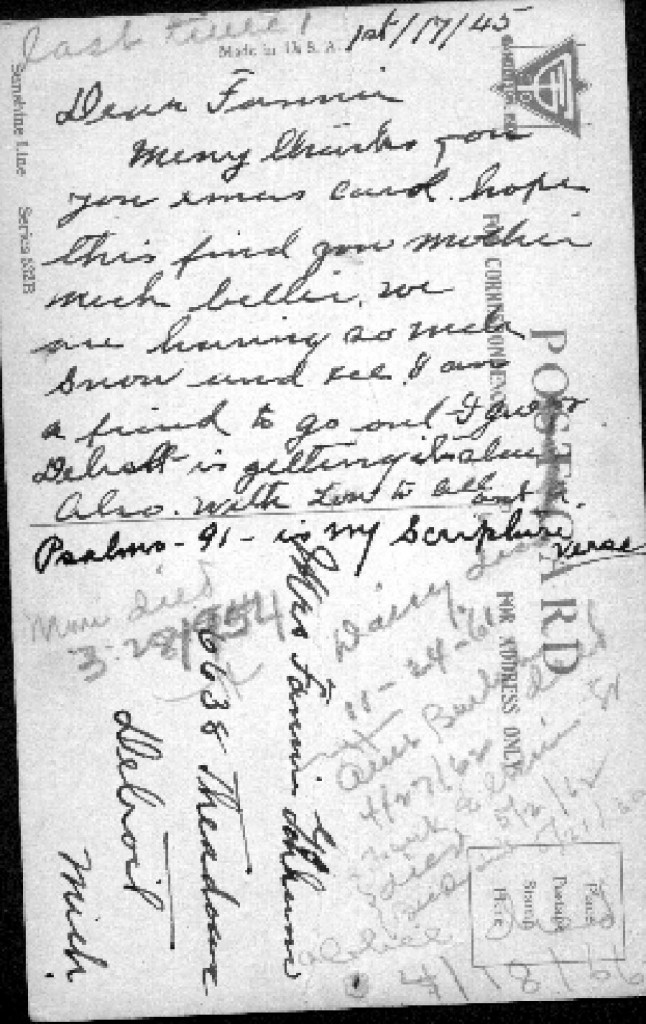 Many thanks for your xmas card.  hope this find your mother much better.  We are having so much snow and ice I am afraid to go out.  I guess Detroit is getting it’s share also.  With love to all aunt a.

It is addressed to